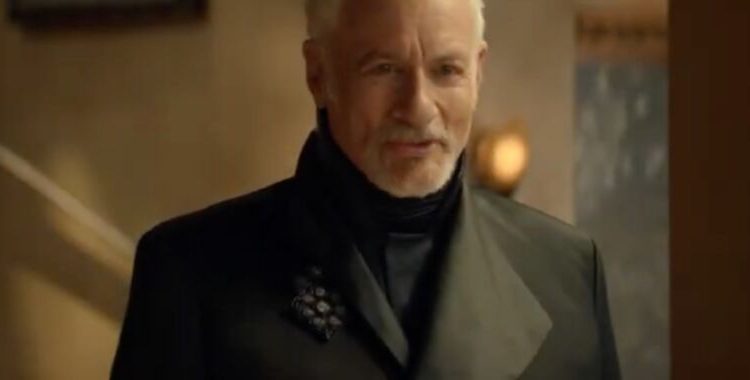 We aren’t getting a second season of Picard until next year due to the pandemic delaying production, but Paramount+ has been dribbling out images and short teasers in the meantime. The latest teaser gives us our first look at the return of fan-favorite Q (John de Lancie), an extradimensional being with power over time, space, the laws of physics, and reality itself.

(Spoilers for season 1 below.)

As I wrote in my review last year, the series is set 20 years after the events of Star Trek: Nemesis. The first season opened with Jean-Luc Picard (Patrick Stewart) having retired to the family vineyard. His bucolic existence was interrupted by the arrival of a mysterious woman named Dahj (Isa Briones) who pleaded for his help. Alas, Picard failed to save her. She was killed in front of him by Romulan assassins belonging to a radical sect known as the Zhat Vash, who is dedicated to eradicating all artificial life forms. Picard discovered that Dahj was actually a synthetic—technically Data’s “daughter”—and she had a twin sister, Soji, who was also in danger.

Resolved to save Soji, Picard asked Starfleet for a ship, but he had been gone a long time, and his entreaties were rebuffed. Never one to admit defeat, Picard amassed his own scrappy crew over the next few episodes for his unauthorized rescue mission. The crew included Cristobal Rios (Santiago Cabrera), a skilled thief and pilot of the ship La Sirena; Raffi (Michelle Hurd), a former Starfleet intelligence officer and recovering addict; Dr. Agnes Jurati (Alison Pill); and a Romulan refugee, Elnor (Evan Evagora).

Soji was found working at a Romulan reclamation site within a decommissioned Borg cube. She had become romantically involved with a Romulan named Narek (Harry Treadaway) who was secretly a member of the Zhat Vash. His mission was to seduce Soji in an attempt to discover the location of her home planet, with the ultimate goal of destroying all the synthetics there.

Of course, Picard and his ragtag crew ultimately foiled that plan. And it was revealed over the course of the season that Picard was dying, although since the show had already been renewed for a second (and possibly third) season, we didn’t get an honorable final farewell for the character. Instead, Picard’s consciousness was preserved and transferred to a snazzy new synthetic body. The Federation lifted the ban on synths, and La Sirena and her crew headed off for new adventures.

Season 2 brings back the main cast, including Brent Spiner, although he will be playing Dr. Altan Inigo Soong instead of Data. Michael Chabon has departed as showrunner (he remains on the show as executive producer), replaced by Akiva Goldsman and Terry Matalas. Last year’s notable guests included Jonathan Frakes and Marina Sirtis, reprising their roles as William Riker and Deanna Troi, so there were plenty of rumors about the possible return of other Star Trek: The Next Generation characters. Patrick Stewart personally invited Whoopi Goldberg to reprise her role as Guinan in S2 during an appearance on The View, and Paramount dropped an initial S2 teaser in April, on First Contact Day, that strongly hinted Q would return and the second season would play with time.

That teaser was just a tour through Picard’s empty home, set to Stewart’s voiceover ruminations. “The true final frontier is time,” Stewart/Picard reflected. “Time can turn even our most impulsive, our most ill-considered actions into history. What we do in a crisis often weighs upon us less heavily than what we wish we had done. What could have been. Time offers so many opportunities—but never second chances.”

The teaser ended with a Queen of Hearts playing card evaporating into dust, leaving just the “Q,” followed by de Lancie’s unmistakable voice chuckling and saying, “The trial never ends.” As every ST:TNG fan knows, Q notoriously put humanity on trial in that show’s finale, “All Good Things…,” with Picard forced to prove humanity’s potential to the Q Continuum. De Lancie confirmed he was indeed shooting scenes for seasons 2 and 3 of Picard (they are being filmed simultaneously) in a series of Cameo messages, of all things. He will appear in as many six episodes. In one message, de Lancie revealed that when he was first asked to return, he requested that the producers not make him wear tights again. (“You just don’t want a 70-year-old guy running around in tights.”)

The new teaser opens with Picard returning to his family vineyard, calling for Laris (Orla Brady), who strangely isn’t there. As a distraught Picard wonders what is happening, we hear Q answer, “Excellent question, Jean-Luc,” before commenting that Picard looks “a bit older than imagined.” And then Q appears, also looking older and more distinguished—and not wearing tights, per de Lancie’s request. “Welcome, my friend, to the very end of the road not taken,” Q continues.

Time has been broken, it seems, and we get glimpses of all the changes that have been wrought by… whatever it is Q has done to the flow of time. We see Elnor and Raffi fleeing for their lives, Soji dressed all in white and looking very VIP, Rios in a snazzy new Federation uniform with new insignia, and Agnes Jurati in civilian garb. Most shocking of all: Seven of Nine awakens in an unfamiliar apartment, and when she looks in the mirror, her Borg implant is gone. Ever the optimist, Picard insists, “We can save the future, and I will get us home. Together.”

The first season of Picard is available for streaming on Paramount+.

Why is there a Windows 11 if Windows 10 is the last Windows?