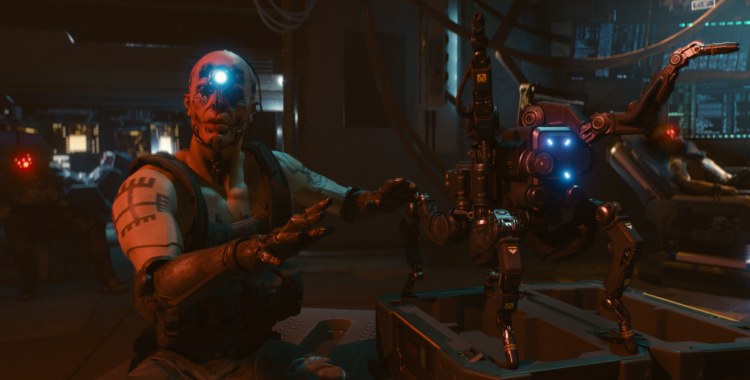 But will there be bugs?

CD Projekt Red is still pushing to release next-gen versions of Cyberpunk 2077 and The Witcher 3 in 2021—or so the developer hopes.

As CDPR mothership CD Projekt Group held its H1 2021 financial earnings presentation with investors this week, it put its ongoing support for Cyberpunk front and center. The company’s public report highlights the high number of patches and hotfix additions added to the game since launch, improved performance across platforms, and Cyberpunk‘s recent re-addition to the PlayStation Store after Sony pulled the title from its digital storefronts in December. The incremental experience fans have been getting, the report suggests, is slowly improving.

Joint CEO Adam Kiciński even reiterated during the presentation that continued improvements to Cyberpunk will be the company’s top-priority for “as long as it takes.” (He also noted that, despite its myriad issues, the game was the leading revenue driver for CDPR in the first half of 2021.)

But CD Projekt Red stopped short of offering a guarantee that its next-gen ports of Cyberpunk and Witcher 3 would absolutely be out this year—only that “late 2021” was its goal. The public report gives little context for Cyberpunk personnel. Instead, it lumps together over a third of its current staff under the same yellow bar and says those employees are working on fixes for the current release and developing the next-gen version. The report doesn’t differentiate the percentages of how much is going to each project or how many employees are working on these projects in total.

The call confirmed the ongoing situation, which is that the number of current employees supporting fixes to Cyberpunk would continue to decrease each month. This likely indicates a gradual increase of staff from the original release to the next-gen version. Whether or not that could change the outcome of the next-gen’s eventual launch remains to be seen, though per the report, the company expects the number of developers working on Cyberpunk overall to increase to more than half the company’s total number of employees.

Unlike Cyberpunk, Witcher 3‘s port development is primarily being done out-of-house by Saber Interactive. This means CD Projekt Red is unable to say with absolute certainty that Witcher 3‘s release won’t slip into 2022. Saber previously worked with CDPR to bring the game to the Switch, which is the latest of several gradually improved ports of the hit RPG.

While decidedly improved since its launch in November, Cyberpunk is still a mess. Players in the game’s Reddit community continue to routinely share videos of their player-character (known as V) and other characters falling victim to random animation and physics glitches, cars spawning from out of the sky or getting stuck in geometry, and players’ own rides even, uh, exploding out of each other if you try to summon too many at once. A bug that clones NPCs has plagued the game since launch, and the introduction of patch 1.3 in August seems to have, for whatever reason, made the bug even worse.

Cyberpunk 2077 isn’t totally unplayable at this point. Its latest patch added a number of long-requested features, like an improved mini-map, more save slots on top of a new vehicle, and some cosmetic additions for Johnny Silverhand and V, which are the first of the many promised free DLC drops. Still, CDPR has a long road ahead before the game might be considered “finished”—longtime Witcher fans may remember it took years for the developer to iron out all of Witcher 3‘s kinks. In the meantime, Cyberpunk fans at least appear to be having fun with the seemingly never-ending cascade of problems.

Amid backlash, Apple will change photo-scanning plan but won’t drop it completely