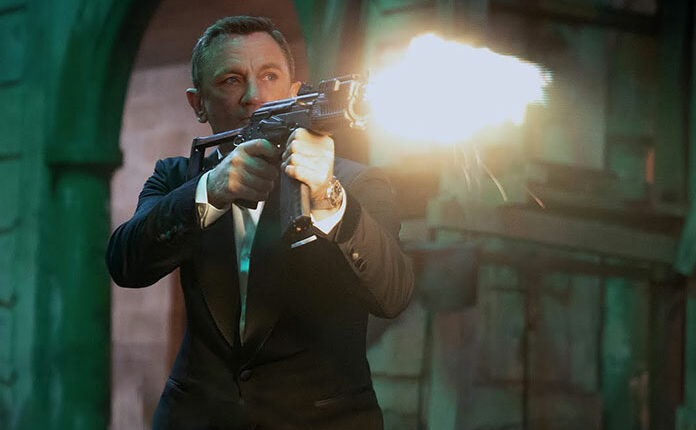 “No Time To Die” Is Bond’s Longest

Daniel Craig’s fifth and final outing as James Bond is all set to be the longest Bond movie ever made.

Indiewire reports that the film clocks in at a whopping 163 minutes, the runtime announced ahead of advance tickets sales which will open to the public on September 16th.

The runtime talk comes as director Cary Fukunaga recently talked to SFX Magazine (via Games Radar) and shot down a persistent rumor that Rami Malek’s villain Safin will be revealed to be the first classic James Bond villain Dr. Julius No.

Fukunaga says creating the film’s villain was apparently so difficult he and the producers got frustrated:

“Making a villain that doesn’t seem laughable, that you can take seriously, where it’s still frightening what they’re attempting to do and why they must be stopped, is more difficult than people actually acknowledge.

I remember us sitting around early in the development stage. Barbara and Michael have been doing this for decades and even Barbara admitted, ‘This is really hard!’ … This is a new villain. He’s not, as some have speculated, Dr. No. Hopefully, he’ll be one that is lasting in some way.

It’s so hard to term him as a villain in this world anymore. We live in a very educated, saturated world of converse narratives. Anyone can be vilified or turned into a hero. It’s more and more difficult to create villains because it’s gotten to the point where they become parody, especially once Austin Powers came out in the ’90s.”

“No Time To Die” begins its global rollout on September 30th in the UK, October 8th in the U.S. and November 11th in Australia.