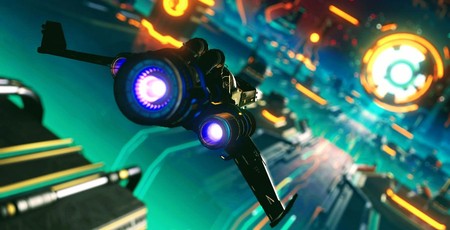 The PC gaming developer adoption of Nvidia’s DLSS technology seems to be progressing at a healthy rate. An Nvidia blog post on Tuesday claimed that there were now 50 titles that now boast this “game-changing, performance-accelerating, AI and Tensor Core-powered GeForce RTX technology”.

For its headline Nvidia said that No Man’s Sky now supports DLSS, in addition to the technology being made available in a further eight new or updated PC titles. Furthermore, for the first time ever, DLSS is being brought to VR games. Again No Man’s Sky (VR) is listed as part of this update, which applied to a total of three titles.

The full list of regular PC and VR titles that are getting DLSS-ified in May is as follows:

The official blog post from Nvidia shares some impressive performance uplift charts and DLSS on/off comparison videos for the above. Atop of the article you can see the NMS comparison video and below I’ve reproduced the Metro Exodus PC Enhanced Edition performance mode comparison table. After various leaks concerning revised GPUs on the way, aiming to limit cryptomining performance / appeal of the existing consumer Ampere graphics cards, Nvidia has confirmed the rumours. A blog post says that it had revised the GeForce RTX 3080, 3070 and 3060 Ti GPUs to help get more product into the hands of gamers.

Nvidia keeps mum on how it is making the GPUs “less desirable to miners,” except that they will deliver a reduced Ethereum hash rate, approximately half of the first revision GPUs. Of course Nvidia isn’t talking about this tech being applied to unannounced products like the GeForce RTX 3070 Ti and RTX 3080 Ti – or the RTX 3050/Ti for the desktop. You will also notice that the RTX 3090 isn’t being changed. Officially the revised GPUs will start to become available from late May and consumers should see them with a ‘Lite Hash Rate’ or ‘LHR’ identifier in both online listings and on the packaging.

Do readers welcome the arrival of Nvidia’s LHR graphics cards?