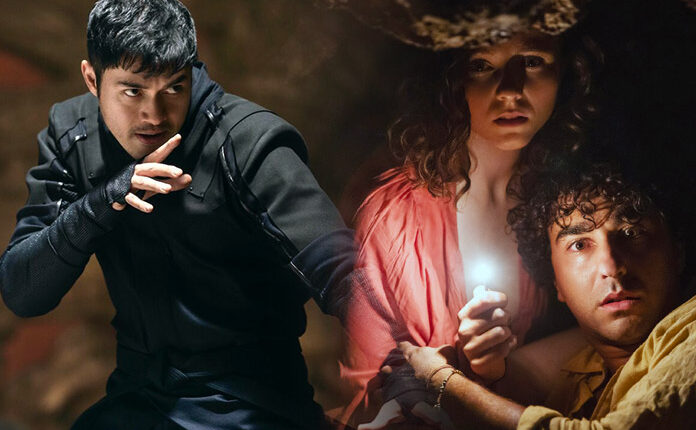 Filmmaker M. Night Shyamalan is likely headed for another No. 1 domestic opening, his sixth to date, with his new feature “Old”.

Overcoming mixed reviews, the movie is looking to pull in an estimated $6.5 million in Thursday night previews and Friday opening day haul combined.

That puts it on its way to a $15 million three-day estimated gross, which unfortunately would be the lowest wide-release opening for a Shyamalan film to date – below 2006’s “Lady in the Water” at $18 million and “The Visit” at $25 million.

However with a budget of just $18 million that Shyamalan funded himself, the movie should make its way into profit.

The forecast is less rosy for the “G.I. Joe” reboot “Snake Eyes” which looks to come in second with $5 million for Friday and headed for around $12.5 million for the weekend.

That’s significantly down on the $54 million and $40 million opening of the two previous “G.I. Joe” films which were slammed with negative reviews (34% & 29% on RT), whereas this is more mixed-negative (41% on RT).

“Snake Eyes” also has a more contained budget at $88 million (around half that of its predecessors) but will need good global box-office to help it – a problem right now as the Delta variant of COVID-19 is leading to lockdowns in numerous key markets.

Both films are also theatrical only releases and showcase that outside of tentpoles the marketplace is proving brutal. Universal is expected to bring “Old” to PVOD as soon as it can (likely late August), while “Snake Eyes” is due to hit the Paramount+ subscription service in early-mid September.

Both however are set to be challenged by returnees Disney’s “Black Widow” and Warners’ “Space Jam: A New Legacy” with both expected to drop to somewhere close to that “Snake Eyes” amount (or lower) in their third and second weekends respectively.