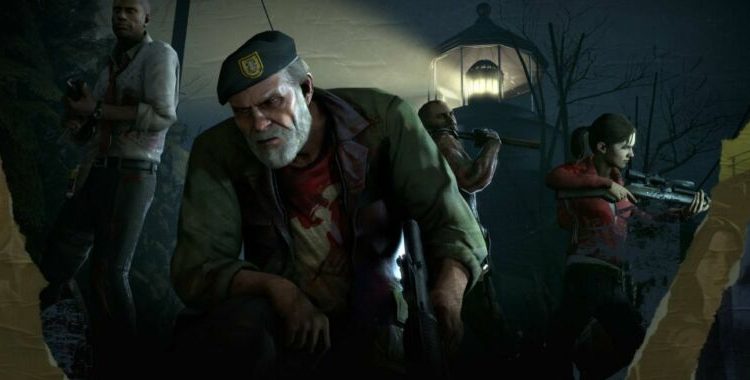 The following piece, originally published in late 2009, looks back at that year’s somewhat quixotic attempted boycott of Left 4 Dead 2—and how that effort eventually fell apart. Flawed as it was, that movement would serve as a precursor to more frequent attempts by organized fan communities trying to bring change in the game industry. The most famous example might be the outcry around the conclusion of Mass Effect 3 in 2012, where the developers actually released a downloadable patch changing the conclusion of a franchise-sweeping narrative to placate vocal fans.

This report and over a dozen more are collected in Save Point, a new collection from Ars Technica Senior Gaming Editor Kyle Orland. The book looks back on video games as they were between 2003 to 2011, a sometimes-uncomfortable “awkward adolescence” period where the industry did its best to grow up with the young audience that had grown up with games as their entertainment of choice through the ’70s, ’80s, and ’90s. The pieces collected in the book analyze how games were learning from their past and influencing the future, report on some of gaming’s growing and myriad sub-communities, and examine how the business of selling and marketing games was evolving alongside the explosive growth of the Internet.

Save Point is available exclusively as part of the Spring Getaway Games Bundle through May 13.

In general, gamers aren’t very effective at organizing to effect change in the game industry. Sure, there are hundreds of online petitions demanding everything from a Full House game to a generalized end to game hacking, but the vast majority fail to garner much attention or support. Even well-organized and well-publicized efforts, like those seeking LAN support in StarCraft 2 or further support for the Earthbound games are met with official responses ranging from polite refusal to teasing hints and rarely with real change.

But this year, many gamers took a different tack to protest what they saw as a betrayal of a publisher’s past promises. Mere hours after Valve announced the planned November release of Left 4 Dead 2 (L4D2) at June’s Electronic Entertainment Expo, a group calling for an L4D2 boycott popped up on Valve’s Steam user community. The group’s first public message asked a simple question that would come to define its cause: “Where’s all the content and the updates you promised for [the original Left 4 Dead], Valve?”

By casting their disagreement in the form of a boycott, the tens of thousands of gamers who joined the L4D2 boycott group immediately set themselves apart from the Internet petitioners who came before them. A petition is just a polite request for someone to change their mind, if they would, please. A boycott is a statement of collective action—a way for a group to flex its economic power to force change. It’s a way for a community to effectively put its money where its mouth is and demand that its case be heard. It’s a cause that brings up images of patriotic movements, civil rights struggles, international incidents, and other events more momentous than an argument over the release timing for a video game sequel.

Now that Left 4 Dead 2 is actually available for sale, can those who took part in the boycott argue they achieved their goals? Was this boycott more effective than any of the other failed grassroots petition efforts undertaken by gamers over the years? Did Valve change its plans to gain the approval of the masses, or did it effectively pacify the Internet throngs with nothing more than a couple of plane tickets and a hotel reservation?

In other words, was the boycott successful?

Well, it depends on what you mean by “successful.”

From the start, the Left 4 Dead 2 boycott effort succeeded at attracting a lot of attention, at least. Thanks to mostly bemused coverage from gaming websites during the high-traffic E3 news window, 5,000 Steam users signed up for the group in its first three days of existence. “We gave interviews to just about anybody that asked,” said Walking_Target, the pseudonymous founder of the L4D2 boycott group, in an interview for this piece. “[We] responded to questions from our members and benefited from a lot of press exposure, even if a lot of it was negative. In the end, it was so successful [at attracting members], because this was a group made mostly of Valve fans who just wanted to let Valve know that they expected more for L4D.”

But getting people to click a button and sign up for an Internet protest group is simple. Getting them to actually organize for effective action is the tough part. Luckily for the group, Walking_Target seemingly realized this early on in the process. “To simply talk about the release of L4D2 and the issues we have with it are not enough,” he wrote in a June 4 message to the group. “It is only half the battle. A storm of words without action is no more potent in its ability to move our cause forward or make our goals happen. It is time we took some action as a community.”

But first they had to figure out what those goals were. So, after a quick poll to gauge the group’s “official concerns,” the boycotters put together a 325-word manifesto that laid out their commitments, beliefs, and requests for Valve.

While the requested changes to the price and format of the sequel were important, it was the idea that Valve was somehow abandoning the original Left 4 Dead that animated the most passion in the boycotters. “Left 4 Dead has not yet received the support and content which Valve has repeatedly stated will be delivered,” the manifesto argued.

It was an argument that had some justification behind it. In an October 2008 interview with VideoGamer.com before the original game’s release, Valve Co-Founder and Managing Director Gabe Newell compared Left 4 Dead to Valve’s own Team Fortress 2 (TF2), a multiplayer staple that has received frequent free updates since its late-2007 release. Newell said that these updates had proved key to the continued success of TF2‘s online community and that Left 4 Dead would receive the same kind of continued attention. “We’ll do the same thing with Left 4 Dead where we’ll have the initial release and then we’ll release more movies, more characters, more weapons, unlockables, achievements, because that’s the way you continue to grow a community over time,” he said.

“I do think that a bit of the issue falls on Valve for training us for such good free content.”

When Valve announced Left 4 Dead 2 in early June, this was beginning to look like a bit of an empty promise. By that point, the company had only released a collection of small tweaks and new modes as a Left 4 Dead “Survival Pack” and had provided a beta version of a Software Development Kit for eager modders. These tepid additions didn’t come close to matching the robust updates being provided for an ongoing game like Team Fortress 2.

The depth of Valve’s support for TF2 may have actually set a precedent that has come back to bite Valve during the slow rollout of new Left 4 Dead content. “I do think that a bit of the issue falls on Valve for training us for such good free content,” said Brent Copeland, host of The Safe House, a Left 4 Dead-focused podcast. “I almost think if L4D came from a different company that there wouldn’t be as big of an issue.”

Walking_Target agreed that Valve’s handling of TF2 led people to think of it as a different kind of company. “It made a reputation for Valve as a company that supports their games. It was probably a bad idea to compare support for L4D to TF2 so early on, though.”

Four astronauts make first nighttime landing in the ocean since 1968