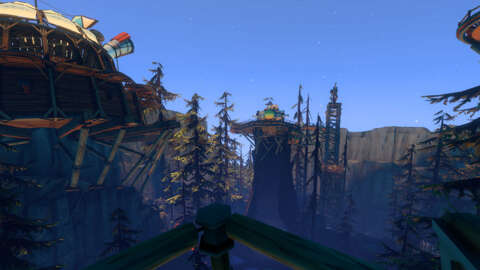 Outer Wilds was a self-contained narrative puzzle of a game, but it looks like the creators still have more story to tell. A Steam listing has appeared for DLC called “Echoes of the Eye,” and publisher Annapurna dropped a coy hint that it’s not a mistake.

Twitter user Simon Carless flagged the Steam DB listing, and shortly after Annapurna Interactive retweeted it. The publisher probably wouldn’t signal-boost a false rumor without identifying it as false, so that suggests there’s something to this leak.

It’s only a Steam DB listing, though, so it’s unknown if this will come to other platforms where The Outer Wilds has appeared. Those include Nintendo Switch, PlayStation 4, and Xbox One, the latter two of which are also playable on their new-gen counterparts, PlayStation 5 and Xbox Series X|S.

Outer Wilds was named one of GameSpot’s best games of 2019, in particular for the way it inspired curiosity and discovery as you unraveled the central mystery at the heart of the planet-hopping experience.

“As we played together–me at the controls, my son following his imagination–I got swept up, too,” Randolph Ramsey wrote. “Outer Wilds reminded me that there are few things more amazing than a child’s imagination, while at the same rekindling my own. In Outer Wilds, discovery is both the goal and the reward, and it’s remarkable how that can make you feel.”