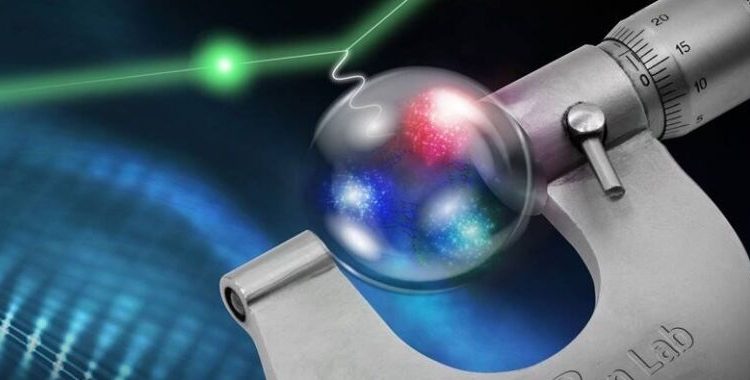 Measurements of the proton’s charge radius still disagree, but by less.

How big is a proton? This doesn’t sound like a very complicated question, but it’s one that turned out to have the potential to wreck a lot of modern physics. That’s because different methods of measuring the proton’s charge radius produced results that disagreed—and not just by a little bit: the answers were four standard deviations apart. But now, a new and potentially improved measurement brings them much closer to agreement, although not quite close enough that we can consider the issue resolved.

We seem to have a problem

A rough agreement between these two methods seemed to leave physics in good shape. But then the physicists went and did something funny: they replaced the electron with its heavier and somewhat unstable equivalent, the muon. According to what we understand of physics, the muon should behave exactly like the electron except for the mass difference. So, if you can measure the muon orbiting a proton in the brief flash of time before it decays, you should be able to produce the same value for the proton’s charge radius.

Naturally, it produced a different value. And the difference was large enough that a simple experimental error was unlikely to account for it.

If the measurements really were different, then that indicates a serious problem in our understanding of physics. If the muon and electron don’t behave equivalently, then quantum chromodynamics, a major theory in physics, is irretrievably broken in some way. And having a broken theory is something that makes physicists very excited.

The new work is largely an improved version of past experiments in that it measures a specific orbital transition in standard hydrogen composed of an electron and a proton. To begin with, the hydrogen itself was brought to a very low temperature by passing it through an extremely cold metal nozzle on its way into the vacuum container where the measurements were made. This limits the impact of thermal noise on the measurements.

The second improvement is that the researchers worked in the ultraviolet, where shorter wavelengths helped improve the precision. They measured the wavelength of the photons emitted by the hydrogen atoms using what’s called a frequency comb, which produces photons at an evenly spaced series of wavelengths that act a bit like the marks on a ruler. All of this helped measure the orbital transition with a precision that was 20 times more accurate than the team’s earlier attempt.

The result the researchers get also disagrees with earlier measurements of normal hydrogen (though not a more recent one). And it’s much, much closer to the measurements made using muons orbiting protons. So, from the perspective of quantum mechanics being accurate, this is good news.

But not great news, since the two results are still outside of each other’s error bars. Part of the problem there is that the added mass of the muon makes the error bars on those experiments extremely small. That makes it very difficult for any results obtained with a normal electron to be consistent with the muon results without completely overlapping with them. And the authors acknowledge that the difference is likely to just be unaccounted for errors that broaden the uncertainty enough to allow overlap, citing the prospect of “systematic effects in either (or both) of these measurements.”

So, the work is an important landmark in terms of finding ways to up the precision of the results, and the outcome suggests that quantum chromodynamics is probably fine. But it doesn’t actually completely resolve the difference, meaning we’re going to need some more work before we can truly breathe easily. Which is annoying enough to possibly explain why Science chose to run the paper on Thanksgiving, when fewer people would be paying attention.