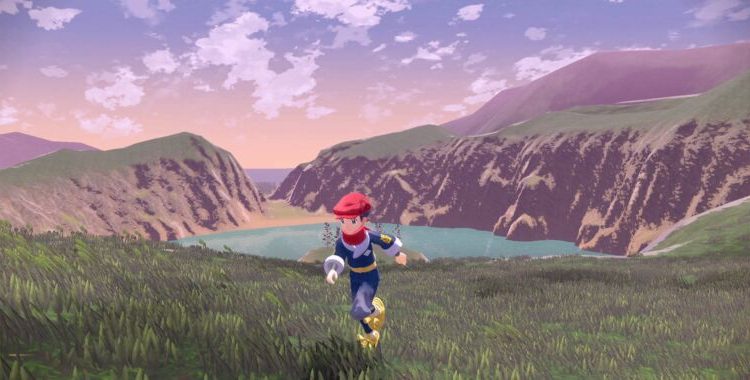 A new kind of pokémon —

Today’s online Pokémon Presents stream, which celebrated the series’ 25th anniversary, included at least one major surprise: the announcement of a new, more action-oriented Pokémon game set in a period resembling feudal Japan. Pokémon Legends: Arceus is in full development by Game Freak and is targeting an early 2022 release, according to the announcement.

While the new game will be set in the now-familiar Sinnoh region, it will move things back to “a long, long time ago, when the Sinnoh region was still only a vast wilderness.” Players will operate from a base in a feudal-style village, starting out with one of three familiar starter pokémon (Rowlett, Cyndaquil, or Oshawott) to explore that wilderness and fill in the region’s first pokédex.

A short trailer for the game showed a few changes from the series’ usual RPG format. Using a Sword and Shield-style over-the-shoulder camera, players can “study the pokémon’s behaviors, sneak up to them, then throw pokéballs” to catch them directly, as the game’s official description puts it.

The announcement trailer shows the protagonist sneaking through tall grass and around trees to get the jump on unaware pokémon, suggesting stealth will play a large role in the capturing this time around. You’ll also be able to throw pokéballs containing captured monsters directly at wild pokémon, leading to the series’ standard turn-based battles.

“Pokémon Legends: Arceus was developed with the desire to deliver an experience infused with new action and RPG elements that go beyond the framework established thus far, while honoring the core gameplay of past Pokémon titles,” The Pokémon Company said in a statement.

Elsewhere in the presentation, The Pokémon Company also announced the widely rumored remakes of the Nintendo DS-era Pokémon Diamond and Pearl for the Switch. Brilliant Diamond and Shining Pearl are expected to launch in late 2021 and are being developed by Ilca Inc., best known for Pokémon Home.

The Pokémon Company also showed off some new footage of the previously announced New Pokémon Snap, slated for a Switch release on April 30. Players will be able to crop and edit photos taken in the game with stickers and frames and then share them with other players online, earning points based on their photos’ popularity. Players will also be able to throw fruit and glowing “lumina orbs” to help get monster shots that will receive a better rating from the game’s algorithm.