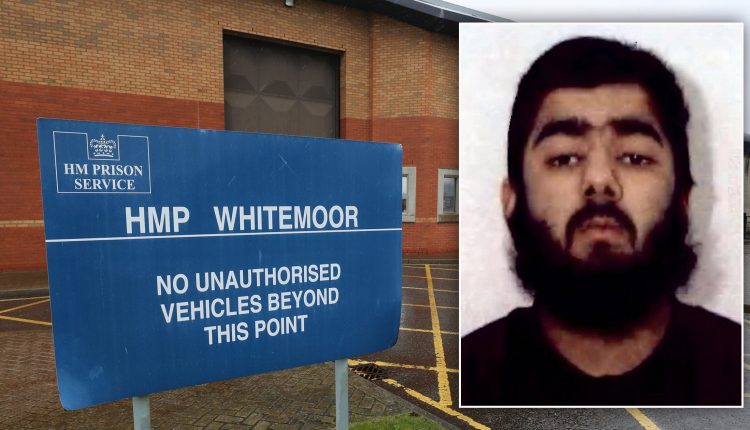 A prison chaplain admitted he may have been ‘conned’ by a convicted terrorist who spoke to him about ‘wanting to change and make a fresh start’.

Usman Khan, 28, was released in December 2018, having been convicted of planning a jihadist training camp.

Less than a year later he killed Cambridge graduates Jack Merritt and Saskia Jones at a prisoner rehabilitation event at Fishmongers’ Hall near London Bridge.

Reverend Paul Foster, chaplain at the category A Whitemoor Prison in Cambridgeshire, gave evidence at an inquest into their deaths at Guildhall in the City of London.

Jurors heard there was intelligence that Khan ‘might commit an attack’ around the time he got out of jail.

Jonathan Hough QC also told them there was a suggestion he tried to radicalise other inmates before his release.

Mr Foster told the inquest it would be a ‘surprise’ to him if there was intelligence against Khan.

He said Khan had engaged positively with programmes looking at his offending and the impact of his crimes, but said it was possible he may have been ‘conned’ by him.

Mr Foster told the inquests: ‘He had conversations with me about wanting to change and make a fresh start – to pay more attention to the ripple effect of his actions.’

Mr Hough asked: ‘Would it have surprised you that, around the time Usman Khan was … engaged in victim awareness, there was intelligence he was trying to radicalise other prisoners?’

Mr Foster said it would.

Mr Hough also said that, at the time of his release, there was intelligence that Khan might commit an attack.

Mr Foster replied: ‘That would be a surprise. If that intelligence is correct, he was obviously presenting himself in a way that was likely to deceive the likes of myself and others.’

He added: ‘I’m open to say I am wrong, and it is possible I have been conned.’

Mr Foster also said Khan had spoken ‘openly and emotionally’ during a discussion session with a victim of crime.

He added: ‘We were being presented with a lot of positive things about his behaviour – even some of the prisoners were telling me … in one instance a chap lost his son to a murder and Usman was the person at his door offering his condolences and asking if he could help.’

The chaplain, who worked with prisoners of all faiths, described one session with Khan in which he professed ‘some shame’ about the impact his crime had on the Muslim community.

Mr Foster said: ‘He appeared to show remorse for what he had done.’