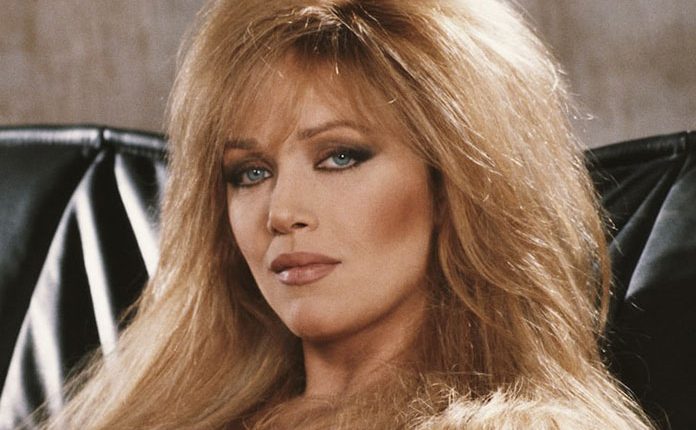 Update #2 (Tuesday): Roberts has now officially died. Roberts’ partner Lance O’Brien tells TMZ one of her doctors at Cedars-Sinai Hospital on Monday evening called him and confirmed her passing.

Original (Sunday): Iconic 1980s actress/model Tanya Roberts has died reports TMZ who indicate her death was NOT COVID-related. She was 65.

Roberts was on a walk with her dogs on Christmas Eve and then collapsed at home. She was taken to the hospital and put on a ventilator but never got better and died earlier today.

Roberts is probably best known for her role as Stacey Sutton, the lead Bond girl in Roger Moore’s final James Bond film “A View to a Kill” where she starred alongside Christopher Walken, Grace Jones and Patrick Macnee.

Roberts also starred in adventure fantasy features “The Beastmaster” and “Sheena,” had a recurring role on the original “Charlie’s Angels,” and did a bunch of raunchy comedies and soft-core thriller features at the time.

She’s also well known as Donna Pinciotti’s mom, Midge, on “That ’70s Show”. She also had big success in modelling and appeared in numerous commercials.