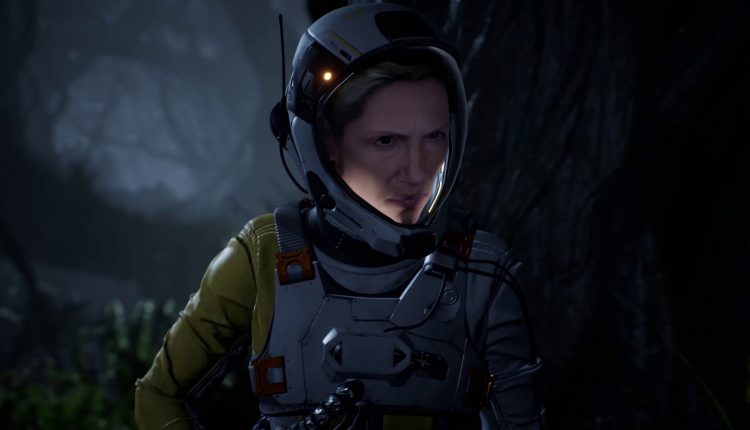 A reader argues that Sony’s focus on first party exclusives will be put under major strain if this month’s Returnal is not a critical hit.

Sony has taken a lot of knocks in the last few weeks, although I’d argue it only looks as bad as it does because Microsoft has been doing so well in comparison and because people just aren’t used to Sony acting the clown and making unforced errors. There’s no doubt that they’re under much more scrutiny than usual though, since their one and only selling point now is that they have better exclusive games than Microsoft. Which is not hard, as Microsoft doesn’t have any exclusive games.

Sony does though and launch games Spider-Man: Miles Morales, Sackboy: A Big Adventure, Demon’s Souls, and Astro’s Playroom all went down well. Not only that but it was very impressive that they got them all out on time, considering the pandemic and the fact that that’s a better line-up than most other consoles with no excuses.

Their only game so far this year is Destruction AllStars, which got mediocre reviews and is getting increasingly difficult to find enough players for in a match. It was fine as free fodder on PS Plus but Sony was originally going to charge £70 for it until they saw sense (or, more likely, played it for themselves) and is now just £18. It clearly doesn’t matter to anyone, but it does start to poke holes in Sony’s argument that the reason you should stick with them is because their games are the best.

That argument is the reason people buy Nintendo consoles and with that context in mind it does seem like Sony are turning more and more into their long-term rival, what with the lack of communication, the sudden anti-consumer moves, and a general air of, somewhat justified, aloofness. But both companies are only as good as their last game and while both have a similar track record at the moment Nintendo has the advantage of being family friendly and so can exist very happily as a (giant-sized) niche of their own.

Sony doesn’t have that advantage though. Very few of their games are family friendly and, surprisingly to me, their line-up for the PlayStation 5 has been very hardcore, creating their own kind of niche. Now, as a keen gamer I’m all for that but clearly Demon’s Souls is not a game for everyone and their next game, Returnal, also seems to be pretty firmly aimed at medium to hardcore gamers.

If you’ve never heard of Returnal that’s understandable because Sony has barely mentioned it so far and yet it’s out on Friday. It’s by the people that made Resogun and to my eyes looks really good. But of course, I don’t know because I’ve never played it. It is an entirely original IP and a fairly difficult game to describe, as far as I can gather, so it’s going to be a relatively hard sell and probably won’t do that great, even if it’s not that big budget compared to other Sony games.

But what if it’s bad? If Returnal is another Destruction AllStars then we have got to start asking some serious questions about how Sony is handling the next gen. If their games start to become hit and miss then what are you really buying the PlayStation 5 for? It’s not the most powerful console and it’s definitely not the best value for money. The only thing it has going for it after that is the DualSense and that’s clearly not enough.

The flipside though is that if Returnal is really good then Sony’s attitude becomes much more justified. They get to point at even their more minor releases and claim that they can, more or less, always rely on them for quality. Returnal isn’t going to make or break the PlayStation 5 but it absolutely is going to turn the heat up or down on Sony. If it’s bad then their whole game plan gets put into question, if it’s good then it goes some way to proving them right in taking a different stance to Microsoft.

I really have no idea which way it will go, so I will be very interested in seeing how things turn out this coming week. Especially as Ratchet & Clank: Rift Apart in June is the only other PlayStation 5 exclusive with a confirmed release date and there’s probably a good chance that Horizon Forbidden West and/or God Of War won’t make it out this year (just like Gran Turismo 7 already isn’t).

Sony has risked more than some people realise on their plans for the PlayStation 5 and this week is where we start to see whether the bet will pay off for them or not. The next/current gen console war is heating up!