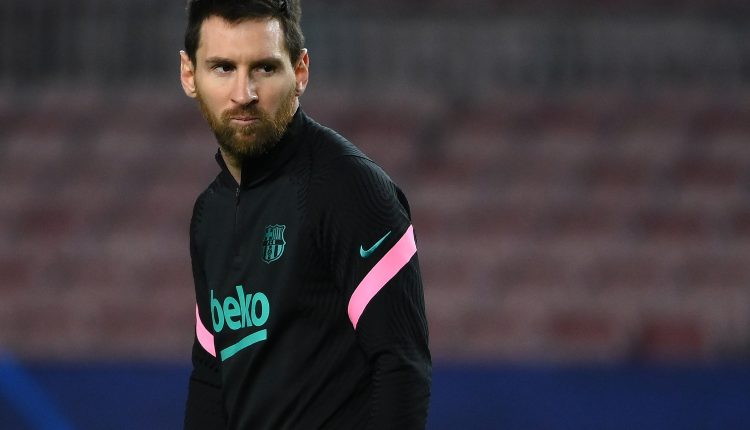 Barcelona legend Rivaldo believes Manchester City would be a ‘very solid’ choice for Lionel Messi should he choose to leave the Camp Nou at the end of the season.

The Argentine has less than six months to run on his contract with the Catalans and it’s increasingly likely that he will leave the club at the end of the campaign.

Messi was keen to leave last summer but was convinced to stay for another 12 months after a contract dispute with the club’s hierarchy.

However, the La Liga giants are heading for a last-16 Champions League exit at the hands of PSG after a thumping 4-1 defeat in the first leg at the Camp Nou.

City, by contrast, are 2-0 up against Borussia Monchengladbach and are favourites to win the tournament for the first time in the club’s history.

And Rivaldo believes Messi would make City the strongest force in Europe for the foreseeable future if he decided to move to the Etihad.

‘Pep Guardiola has one of the best squads in Europe and Manchester City are in incredible form right now after 19 consecutive wins, jumping to a 10-point lead in the league and taking a solid step forward in Europe this week,’ Rivaldo told Betfair.

‘City are a very rich club and that allows them to sign the best players in the world. For that reason, they would be a very solid destination for Lionel Messi if he leaves Barcelona.

‘Mix the great moment of form they’re going through with the fact that Guardiola has already coached Messi with huge success, and it’s clear that the English club would become even stronger with the Argentinian star on their ranks.

‘In fact, with Messi, they would be the favourite to win any competition.’

City were favourites for Messi’s signature last summer but Paris Saint-Germain launched a charm offensive earlier this season and are currently heading the race for the Argentina captain.

The Ligue 1 giants are confident of tying Kylian Mbappe and Neymar down to new long-term extensions in the French capital, with the duo potentially buoyed by talk of Messi arriving at the club.

For more from Betfair Ambassador, Rivaldo head to: www.betting.betfair.com/football/rivaldo/