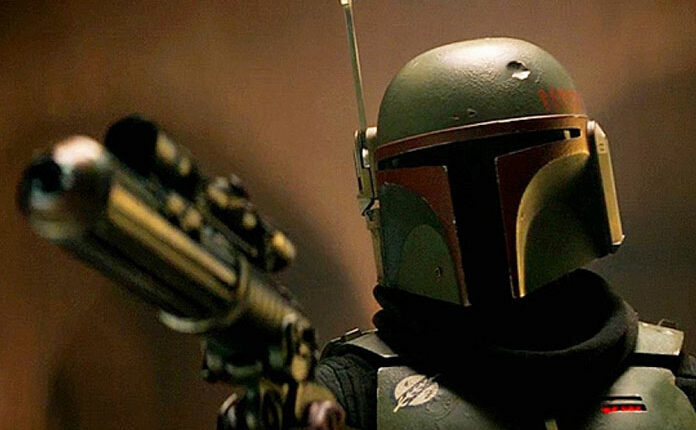 One of the more anticipated scripted productions hitting before year’s end is “The Book of Boba Fett,” the upcoming Disney+ mini-series to be executive produced by Robert Rodriguez.

Rodriguez directed the sixth episode of the second season of “The Mandalorian” which saw Temeura Morrison in the role of a post-“Return of the Jedi” Boba Fett. The character and his offsider Fennec Shand (Ming-Na Wen) then appeared in the credits scene at the end of the season finale.

Since then though little has been revealed about the new series which Rodriguez, Jon Favreau and Dave Filoni are executive producing and which is targeting a December release.

Speaking with Collider, Rodriguez discussed what little he could about what fans can expect, and is extremely excited that audiences will get to see it:

“[I] can’t say anything about it at all right now, but it’s coming out in December… Wait until you see what’s coming. It’s going to blow your mind. That’s all I can say. I can talk it up all I want because I know it over-delivers. It way over-delivers. People are going to be so pumped when they see it.”

The project is being shot using the same StageCraft tech and stages as “The Mandalorian” and Rodriguez discussed the differences of using that technology and why he will stick to his traditional green screen approach on future films like his kid-target franchises like “Spy Kids” or “We Can Be Heroes”:

“What’s different about [The] Volume is you still have to do the work of the visual effects. It’s just, am I going to do it before I shoot? Or am I going to do it after? On a TV series, you can pretty much figure out you’re going to need these certain things.

On a movie, I like green screen more. So I can punt what that thing’s going to look like until later. I can kind of start lining the foreground with the kids, eleven kids in the foreground. I can light that on a set and then really dial in the background later.

If I did that in the volume, I’d have to figure all that out in pre-production. That means that pushes your movie shoot date really far back. If you have little kids, those kids are going to be so old by the time you finish all your pre-production.

So it kind of depends on the movie and the show and the tool. Jon [Favreau] found the best way to use it for Mandalorian and now Boba Fett. I think that was a really great thing, but I don’t think it’s necessarily a tool that fits every project.”

Rodriguez wouldn’t say if he’ll direct any of the third season of “The Mandalorian” which is being produced over the next few months. It’s unlikely though as he’s currently prepping his Hitchcock-esque thriller “Hypnotic” to star Ben Affleck and Alice Braga.

That follows a detective who becomes embroiled in a mystery involving his missing daughter and a secret government program. The project is in the midst of some hard preparation and reportedly aims to kick off its shoot in the next six weeks.