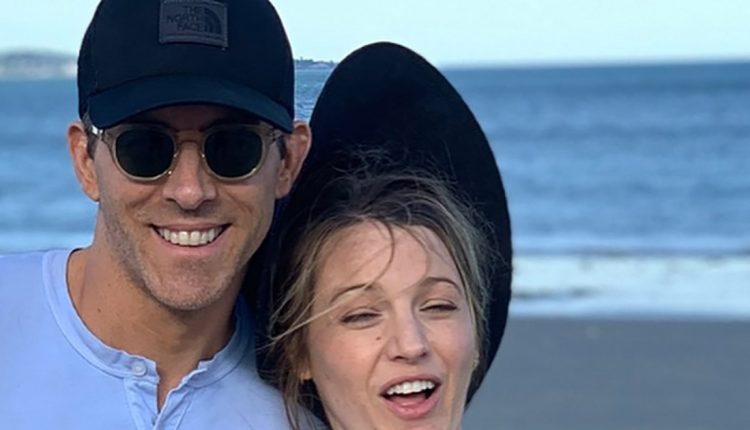 Happy Birthday, Blake Lively!
Her husband Ryan Reynolds celebrated her 32nd birthday on social media by sharing some never-before-seen candid photos of his wife, who is pregnant with their third child, in a hilarious birthday tribute.
“Happy Birthday, @blakelively,” the Deadpool actor, 42, wrote along with a series of photos, trolling his pregnant spouse with not-so-camera ready shots.
In nearly all of the photos, her eyes are closed while she smiles at the camera.

Deadpool creator Rob Liefeld joked in the comments, “There are no bad pictures of @blakelively and happy 🎂🎂🎂.”

In May, the couple – who wed in 2012 – announced they were expecting their third child while at the New York City premiere of Pokémon: Detective Pikachu. The actress stepped out wearing a yellow dress which hugged her growing baby bump.

Reynolds and Lively are already parents to 4-year-old daughter James and 2-year-old Inez.

Reynolds previously told PEOPLE he and Lively won’t work at the same time in order to keep their family together.

“Blake and I don’t do movies at the same time. If she is doing a movie in Thailand and I am doing a movie in Vancouver we would just never see each other. We operate as a unit, and that works really well for us,” Reynolds said.
The star continued, “The kids stay with us, and the family stays together, and that is where home is. So if we are in Spain or Utah or New York, as long as we are together, we’re home.”
Though Reynolds is currently outnumbered, that doesn’t mean he’s hoping for a boy this time around. “Having a daughter was a dream come true for me. If I could have nine daughters, I would be thrilled. Really, like I genuinely would be,” he told PEOPLE in 2016.

Ben Stokes resurrects England from the Ashes with innings of bravery, violence and pure undiluted theatre

5 things we learned from the Premier League weekend