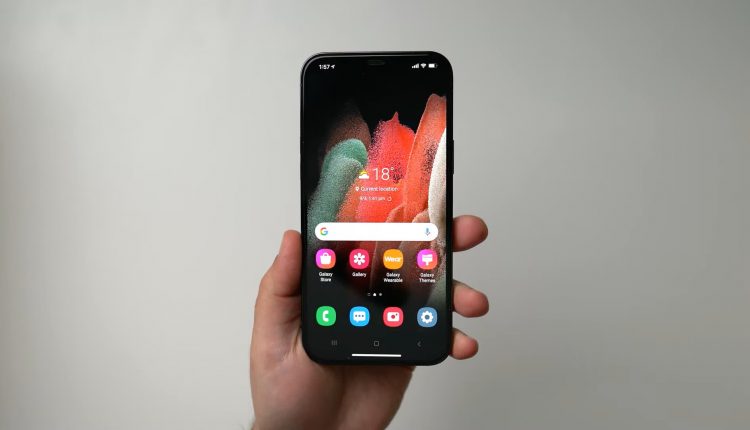 In brief: Samsung’s Galaxy S21 lineup may be selling better than the previous generation, but the company is also interested in converting some of Apple’s less religious devotees to “the other side.” To that end, the company has launched a web app that simulates the Galaxy experience on an iPhone and allows users to learn more about its features.

Samsung’s Galaxy S21 smartphones are said to be selling three times better than the previous lineup, primarily thanks to offering the same features at a lower price that’s more palatable to consumers. When it’s not trying to woo its biggest fans towards its exotic Galaxy foldable or experimenting with delivering phones by drone, the company also does its best to convince iPhone users they should switch to a Galaxy phone.

As spotted by MacRumors, Samsung built an interactive website that offers iPhone users “a little taste of Samsung, without changing phones.” It provides the ability to “sample the other side” right from the comfort of a mobile browser. The iTest web app first prompts users to save it to the iPhone’s Home Screen.

Once there, launching it will bring up a simulated Galaxy smartphone home screen with all the pre-installed apps you’d typically find on a Galaxy phone. The experience is a cleverly designed marketing scheme dressed in a One UI mockup. Opening things like the camera app will play a video with influencer Logan Dodds describing its interface and features. Tapping the Galaxy Store or other apps shows previews of phone features or Galaxy accessories.

While playing with the simulation, messages guide users on a Galaxy-features tour. The app also throws in a bit of humor if users start to go too far off track in thinking they are using an actual Android operating system. A notable example is trying to dig deeper into Settings and being greeted by the message, “We’ve simplified the settings menu experience, just so our developer could have a lunch break.”

The marketing campaign targets New Zealand iPhone users, but anyone is welcome to try it. While it’s doubtful Samsung will persuade many iPhone users to switch to a Samsung Galaxy phone, it is a clever attempt and possibly the company’s most ambitious yet.