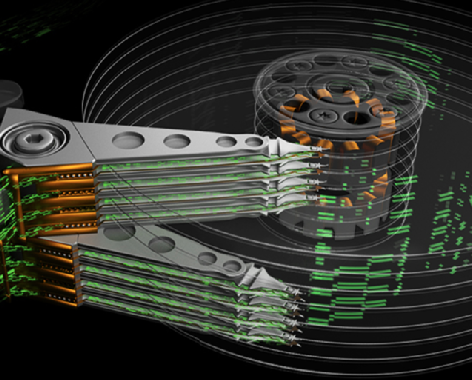 The Exos Mach.2 is only “available to select customers” for now.

Seagate has been working on dual-actuator hard drives—drives with two independently controlled sets of read/write heads—for several years. Its first production dual-actuator drive, the Mach.2, is now “available to select customers,” meaning that enterprises can buy it directly from Seagate, but end-users are out of luck for now.

Seagate lists the sustained, sequential transfer rate of the Mach.2 as up to 524MBps—easily double that of a fast “normal” rust disk and edging into SATA SSD territory. The performance gains extend into random I/O territory as well, with 304 IOPS read / 384 IOPS write and only 4.16 ms average latency. (Normal hard drives tend to be 100/150 IOPS and about the same average latency.)

The added performance requires additional power; Mach.2 drives are rated for 7.2 W idle, while Seagate’s standard Ironwolf line is rated at 5 W idle. It gets more difficult to compare loaded power consumption because Seagate specs the Mach.2 differently than the Ironwolf. The Mach.2’s power consumption is explicitly rated for several random I/O scenarios, while the Ironwolf line is rated for an unhelpful “average operating power,” which isn’t defined in the data sheet.

Still, if we assume—probably not unreasonably—a similar expansion of power consumption while under load, the Mach.2 represents an excellent choice for power efficiency since it offers roughly 200% of the performance of competing traditional drives at roughly 144% of the power budget. Particularly power-conscious users can also use Seagate’s PowerBalance mode—although that feature decreases sequential performance by 50% and random performance by 10%.

According to Seagate Senior VP of Business and Marketing Jeff Fochtman, the company has been shipping Mach.2 HDDs in volume since 2019, supplying them to over a dozen major enterprise customers with dual-actuator programs. Today’s wider release expands the potential customer base to include the rest of Seagate’s “select” customers.