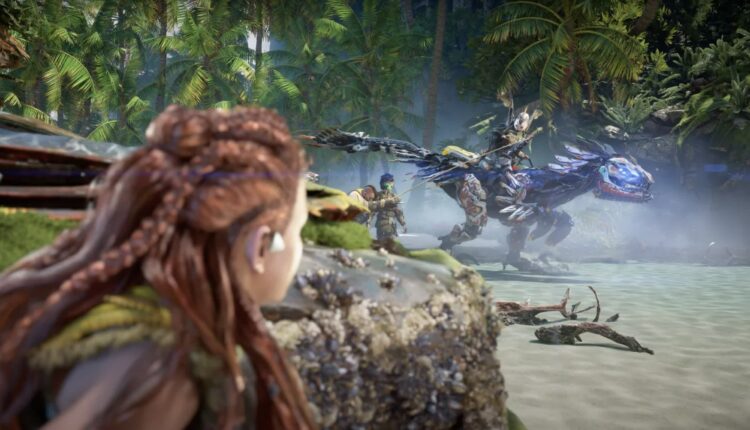 In context: Sony has struggled to compete with Microsoft’s “Smart Delivery” system. It allows users to purchase an Xbox game one time and play it on any system they own. It is much simpler than the complicated upgrade paths and confusing pre-order bundles, which PlayStation seems to favor.

Last week, Sony revealed its pre-order options for Horizon Forbidden West. Unfortunately, it appeared that players were no longer getting a free PS5 upgrade if they bought the PS4 version. Instead, Sony advised that if customers wanted the game for both systems, they would have to purchase either the Digital Deluxe ($80), Collector’s Edition ($200), or Regalia Edition ($260). This news was contrary to what Sony had promised leading up to the PlayStation 5 launch. Even opting for the cheapest option (Digital Deluxe), players would be paying $20 extra for the PS5 version if they planned to play down the road.

However, over the weekend, Sony backpedaled on its stance. In an update to the initial announcement, Sony Interactive Entertainment CEO Jim Ryan said the company had “missed the mark.”

“Thursday was to be a celebration of Horizon Forbidden West and the amazing team at Guerrilla working to deliver it on February 18, 2022,” Ryan wrote. “However, it’s abundantly clear that the offerings we confirmed in our pre-order kickoff missed the mark.”

Ryan explained that Sony initially meant the free upgrade for its first-party launch titles but that the pandemic had pushed Horizon Forbidden West into next year, no longer making it a day-one game. Despite this setback, Sony will honor its original offer. Anyone who purchases the Standard Edition for PS4 will get a free upgrade to the PS5 version. There is little doubt that fan reaction and negative press coverage had much to do with Sony’s reversal.

Another concern that the dustup brought was that Sony did not have any clear upgrade path for its games. Using HFW as the example, the only way to upgrade without repurchasing at full price was to spend $20 more beforehand for the Digital Deluxe copy.

Why is there no PS5 free upgrade for the PS4 versions of Horizon Forbidden West except if you buy certain editions? I understand the upgrade from the OG Ghost Of Tsushima to the Director’s Cut but this is ridiculous pic.twitter.com/GqhODyFMNs

Ryan addressed this concern as well. From now on, players can upgrade any future Sony-produced cross-gen title for $10, including the next God of War and Gran Turismo 7. This offer applies to both physical and digital versions of Sony Interactive Entertainment games. PlayStation 5 games are generally priced at $70 versus $60 for PS4. So essentially, customers pay the difference to get the PS5 version.

The announcement seemed like a particularly unnecessary PR mess. Unfortunately, it took fan backlash and negative press to force Sony to see that.