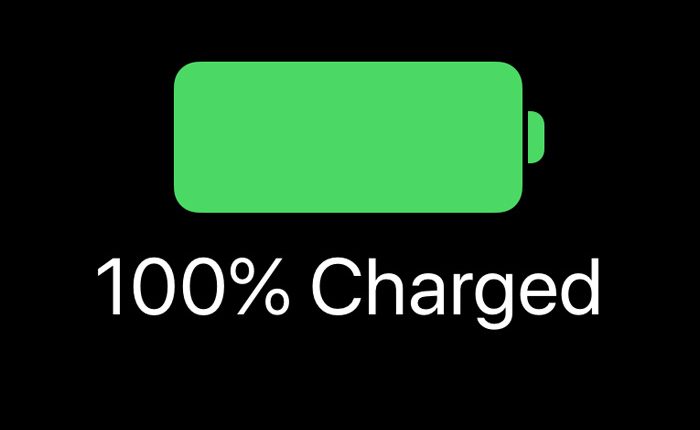 Smartphone users — casual and enthusiast alike — are forever in search of longer battery life. While fast charging keeps us topped up every day, the absence of replaceable batteries means eventually the lithium-ion cells enclosed in our phones are going to age and deteriorate.

If you’ve held onto a phone for a year or more, you’ve probably noticed the battery doesn’t seem to last as long as it did when it was brand new. Two years down the line and many phones struggle to make it through the day on a single charge. Holding onto a phone past three years can even spell trouble for system stability.

Unfortunately, battery capacity inevitably declines with age. However, there are things you can do to prolong the life of your battery and handset. If you’ve ever wondered what the best way to charge your battery is, here are some scientifically proven tips for maximizing battery life.

One particularly persistent battery myth is that you need to occasionally fully discharge and recharge to erase “battery memory.” This couldn’t be more wrong for lithium-ion batteries. It’s a leftover myth from lead-acid cells and it’s actually quite undesirable to charge your modern smartphone in this way.

Partial charging is just fine for lithium-ion batteries and can actually have some positive benefits for cell longevity. To understand why it’s important to appreciate how a battery charges. When closer to empty, Li-ion batteries draw constant current and operate at a lower voltage. This voltage gradually increases as the cell charges up, leveling off at around a 70 percent charge before the current begins to fall until the capacity is full.

Importantly, operating at a low voltage is good for a battery’s lifespan, increasing the number of available charging cycles before you’ll start to see a major reduction in capacity. Roughly speaking, every 0.1V decrease in cell voltage doubles the cycle life, according to Battery University. Therefore, charging up your phone in that 30 to 80 percent range keeps the voltage lower and prolongs the battery lifespan.

Furthermore, the “depth-of-discharge” has a similar effect on the total discharge cycles before battery capacity drops off. This refers to the amount the battery used up in between charges. Smaller discharges, in the region of 60 percent rather than 100 percent between refueling can double the lifespan of your battery, and only using 20 percent can double the life again.

Small but regular top-ups are much better for Li-ion batteries than long full charge cycles.

Using up just 20 percent of your battery between charges isn’t going to be practical for most people, but topping up when you’ve used about half will see a notable improvement in your battery life over the long term, especially if you avoid charging up to full each time too. The bottom line is that small regular top-ups are much better for Li-ion batteries than long full charge cycles.

Charging overnight or in a cradle during the day is a very common habit, but it’s not recommended for several reasons (the old “overcharging” myth isn’t one of them). First, continuous trickle charging of a full battery can cause plating of the metallic lithium, which reduces stability in the long term and can lead to system-wide malfunctions and reboots. Secondly, it leaves the battery at the higher stress voltage when at 100 percent, as we just mentioned above. Third, it creates excess heat caused by wasted power dissipation.

Continuing to charge when a phone is at 100% is a recipe for voltage and temperature stress.

Ideally, a device should stop charging when it reaches 100 percent battery capacity, only turning the charging circuit back on to top up the battery every now and again — or at the very least reducing the charging current to very small amounts.

I tested a few phones charged to 100 percent and they continued to pull up to half an amp and sometimes more from the wall outlet. Turning the smartphones off doesn’t make a difference in many cases, with only the LG V30 dropping down to below 20mA when off and still plugged in. Most phones hover between 200 and 500 mA.

A final point worth mentioning is parasitic load. This occurs when the battery is being drained significantly at the same time as being charged, such as watching a video or gaming while charging.

Parasitic loads are bad for batteries because they distort the charging cycle and can induce mini-cycles, where part of the battery continually cycles and deteriorates at a faster rate than the rest of the cell. Worse still, parasitic loads occurring when a device is fully charged also induce higher voltage stress and heat on the battery.

Gaming or watching videos while charging is bad because they distort charging cycles.

The best way to avoid parasitic loads it to turn your device off while charging. But it’s probably more realistic to keep the workload very light while the device is plugged in, leaving it to idle most of the time. Remember to unplug it once the battery is topped up enough.

Along with all of the above, temperature is an equally key contributor to battery longevity. Just like high voltages, high temperatures stress the battery and make it lose capacity far more quickly than when kept at lower temperatures.

A cell kept between 25 – 30 degrees Celsius (77 – 86 degrees Fahrenheit) should retain around 80 percent of its capacity after the first year even when cycling from empty to full charge. Battery capacity will be higher than this after a year if smaller periodic charging cycles are used. Raising the temperature to 40C (104F) sees this fall to just 65 percent capacity after the first year, and a 60C (140F) battery temperature will hit this marker in as little as three months.

Another COVID-19 reinfection: This time second infection was more severe

Emmerdale spoilers: Belle Dingle destroyed as she discovers the extent…

Kvyat’s Imola result not down to luck

Mercedes: Honda will “give it a big go” in its final F1…

Paddon: Rallying risks being left behind on green tech

Nine gigawatts of wind turbines were added last year in the…