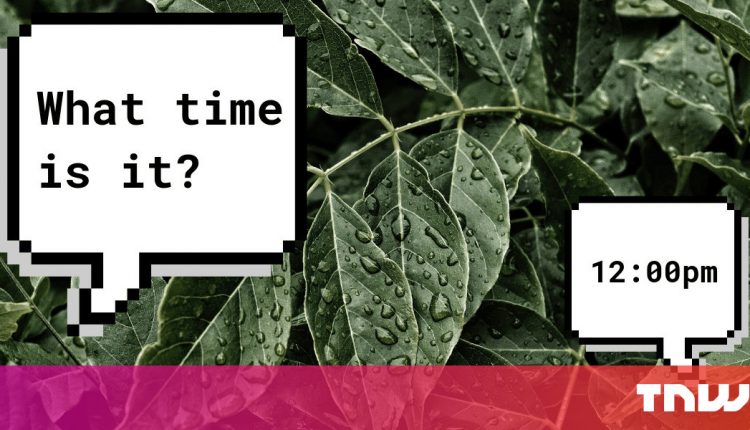 Tech News
Anyone who has travelled across multiple time zones and suffered jet lag will understand just how powerful our biological clocks are. In fact, every cell in the human body has its own molecular clock, which is capable of generating a daily rise and fall in the number of many proteins the body produces over a 24-hour cycle. The brain contains a master clock that keeps the rest of the body in sync, using light signals from the eyes to keep in time with environment.
Plants have similar circadian rhythms that help them tell the time of day, preparing plants for photosynthesis prior to dawn, turning on heat-protection mechanisms before the hottest part of the day, and producing nectar when pollinators are most likely to visit. And just like in humans, every cell in the plant appears to have its own clock.

But unlike humans, plants don’t have a brain to keep their clocks synchronized. So how do plants coordinate their cellular rhythms? Our new research shows that all the cells in the plant coordinate partly through something called local self-organization. This is effectively the plant cells communicating their timing with neighboring cells, in a similar way to how schools of fish and flocks of birds coordinate their movements by interacting with their neighbors.
Previous research found that the time of the clock is different in different parts of a plant. These differences can be detected by measuring the timing of the daily peaks in clock protein production in the different organs. These clock proteins generate the 24-hour oscillations in biological processes.
For instance, clock proteins activate the production of other proteins that are responsible for photosynthesis in leaves just before dawn. We decided to examine the clock across all the major organs of the plant to help us understand how plants coordinate their timing to keep the entire plant ticking in harmony.
What makes plants tick
We found that in thale cress (Arabidopsis thaliana) seedlings, the number of clock proteins peaks at different times in each organ. Organs, such as leaves, roots and stems, receive different signals from their local micro-environment, such as light and temperature, and use this information to independently set their own pace.
If rhythms in different organs are out of sync, do plants suffer from a kind of internal jet lag? While the individual clocks in different organs peak at different times, this didn’t result in complete chaos. Surprisingly, cells began to form spatial wave patterns, where neighbor cells lag in time slightly behind one another. It’s a bit like a stadium or “Mexican” wave of sports fans standing up after the people next to them to create a wave-like motion through the crowd.
Plant cells communicate between their neighbors to coordinate the time. James Locke, Author providedOur work shows that these waves arise from the differences between organs as cells begin to communicate. When the number of clock proteins in one cell peaks, the cell communicates this to its slower neighbors, which follow the first cell’s lead and produce more clock proteins too. These cells then do the same to their neighbors, and so on. Such patterns can be observed elsewhere in nature. Some firefly species form spatial wave patterns as they synchronize their flashes with their neighbors.
Local decision-making by cells, combined with signaling between them, might be how plants make decisions without a brain. It allows cells in different parts of the plant to make different decisions about how to grow. Cells in the shoot and root can separately optimize growth to their local conditions. The shoot can bend towards where light is unobstructed and the roots can grow towards water or more nutrient-rich soil. It could also allow plants to survive the loss of organs through damage or being eaten by a herbivore.
This might explain how plants are able to continuously adapt their growth and development to cope with changes in their environment, which scientists call “plasticity”. Understanding how plants make decisions isn’t just interesting, it will help scientists breed new plant varieties that can respond to their increasingly changeable environment with climate change.
This article is republished from The Conversation by Mark Greenwood, PhD Researcher in Cellular Biology, University of Cambridge and James Locke, Research Group Leader in Systems Biology, University of Cambridge under a Creative Commons license. Read the original article.