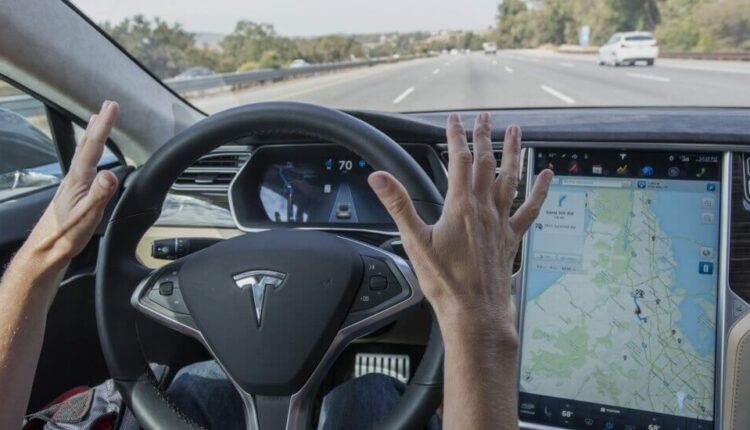 What just happened? Tesla is getting in line with other automakers by using its cabin-facing camera to ensure driver attention when the Autopilot advanced driver assistance system is engaged. It comes after CEO Elon Musk previously rejected the idea of using camera-based eye-tracking monitoring as “ineffective.”

The release notes for Tesla’s 2021.4.15.11 software update read: “The cabin camera above your rearview mirror can now detect and alert driver inattentiveness while Autopilot is engaged. Camera data does not leave the car itself, which means the system cannot save or transmit information unless data sharing is enabled.”

Musk had said that instead of being used to monitor drivers’ attention, the cabin-facing camera in Teslas would be used to prevent people vandalizing the vehicles when they are being driven around as part of the company’s upcoming self-driving robotaxi network.

As reported by electrek, Tesla only activated the camera in Model 3 and Model Y vehicles for the first time last year, almost three years after the Model 3 was brought to production. It was enabled via an update asking people to allow the automaker to take videos and pictures to “develop safety features and enhancements in the future” on a voluntary basis.

The cameras had been used in beta tests of the “Full Self-Driving” version of Autopilot, which saw some testers removed because they weren’t paying sufficient attention when the system was engaged.

There are no in-cabin cameras in Model S and Model X vehicles made before 2021, though they’re said to be in the yet-to-ship redesigned versions.

Tesla has long said that drivers need to keep their hands on the steering wheel when Autopilot is controlling the vehicle. Torque sensors in the wheel are used to monitor assertiveness, sending out alerts if they don’t register enough feedback. But we’ve seen people circumvent this system on several occasions—Consumer Reports used a simple weighted chain on the steering wheel to trick the sensors.

Kyle Busch: “We had nothing for the Hendrick cars”