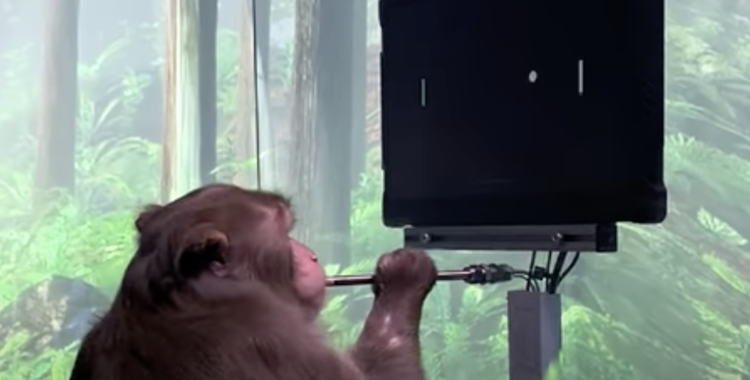 On Thursday, one of Elon Musk’s companies, Neuralink, posted a video showing a monkey playing Pong using nothing but a brain implant connected wirelessly with the computer hosting the game. While it’s a fantastic display of the technology, most of the individual pieces of this feat have been done before—in some cases, over a decade before. But Neuralink has managed to take two important steps: miniaturizing the device and getting it to communicate wirelessly.

What has been done

Neuralink’s goal is to develop easy-to-implant, compact, wireless brain implants. Initially, these devices will be used for obvious goals, like re-establishing some degree of independence in paralyzed individuals. But Musk has made it very clear he sees the longer term goal as making the implants commonplace and able to do far more mundane things, like providing direct, brain-driven control of electronic devices.

For now, however, the early goals are dominating progress. About a year and a half ago, Neuralink showed off hardware implanted in pigs, with the implants providing real-time data about the goings-on within the pigs’ brains’ sensory regions as the animals explored their surroundings. At the time, Musk suggested that the team was nearly ready for human testing.

The video and associated blog post released yesterday show that the company has taken the next intermediate step on the road to human trials: a successful implant in a monkey, which has a brain anatomy that is obviously a bit closer to that of a human. The video demonstrates that the device works wirelessly, and it’s compact enough to not be visible in the video. The monkey has been trained to play a couple of on-screen games, including Pong, using a joystick.

But by recording and analyzing the activity in the motor-control regions of the brain, the research team was able to play the game using the signals coming in from the brain via the implanted Neuralink device. They could unplug the joystick, and the monkey would continue obtaining rewards by successfully playing the game.

It’s really cool and looks really impressive. But so does the below video, which shows an implant being used by a human to control a robotic arm. Notably, this video dates from 2012. The actual work was probably done earlier, and there were undoubtedly trials in monkeys well before this. To their credit, the people at Neuralink acknowledge this, writing, “Neuralink’s technology builds on decades of research.”

So it’s worth separating out what represents an actual advance here. The big development (from my perspective, at least) is getting the system to work wirelessly, which is harder than it sounds. One of the big barriers is the fact that even a single neuron produces a lot of data. Rather than adopting clean on and off states, neurons tend to have a background level of activity, producing a random string of activity spikes, even when quiet. And when activated, they simply produce an intense burst of spikes rather than switching to a clear “on” state.

For a research team trying to understand how neurons communicate through these activity spikes, recording all their details is essential, and doing that for more than a handful of neurons requires a high-bandwidth connection to the electrodes in the brain. Neuralink, however, doesn’t necessarily need all the details, and the company decided it would compress the data by simply registering how often a spike took place.

This aggressive compression of the data was essential to get the stream to where it could transmit data from 1,000 electrodes over a Bluetooth link. It was also a bit of a gamble, given that any two spikes are rarely the same in terms of their magnitude, duration, and so on, and there was no guarantee that omitting some of this information wouldn’t omit needed details of the brain’s activity. At least for the motor control region, that gamble seems to have worked out.

One of the other contributors to the success may be the high density of electrodes in this implant (roughly 1,000)—much higher than the ones used in the earlier human experiments. Getting a larger sampling of the activity in the right area of the brain may help make up for the lack of some details. There are likely to be much higher density electrode arrays developed in the academic labs in the meantime as well, although these haven’t been approved for human use yet, either.

The lack of a need for external, wired connections (for both data and power, the latter being enabled by battery improvements) is part of the key to the device’s compact nature. Advances in electronics over the past decade are also critical.

So while the video is striking, it also represents exactly what Neuralink should be doing if it’s preparing to submit its designs for human testing. It’s not clear when the company will have enough data to be ready to talk to the FDA, and it would be really good if Neuralink would put some details of its system into the peer reviewed literature. But at his earlier presentations on the company, Musk seemed to recognize that this project would be a long haul and indicated he was comfortable with that.