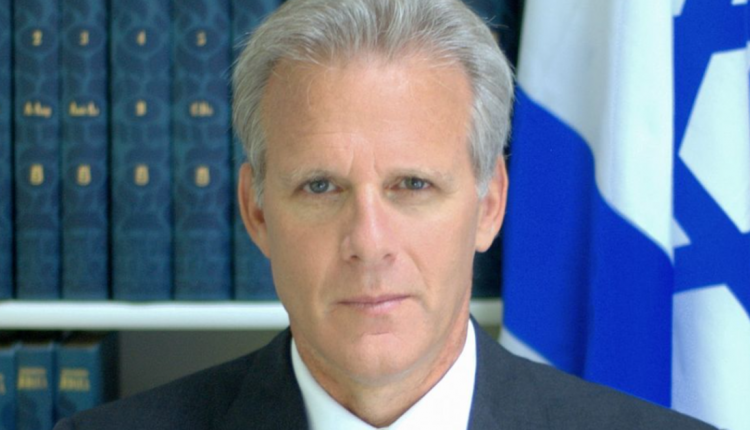 The current situation in the Middle East is “a mess” and has “no way forward,” says former Israeli Ambassador to the U.S. Michael Oren.

“Honestly, there’s no real solution for Gaza,” he told chief Washington correspondent Major Garrett in this week’s episode of “The Takeout” podcast.

Oren, who served as ambassador from 2009 to 2013 under Israeli Prime Minister Benjamin Netanyahu said that “[Israel is] not going to send the army in there and lose a thousand kids. And at the end of the day, no one’s [going] to take the keys to Gaza. We’re back occupying. And it’s a mess.”

Secretary of State Antony Blinken visited Israel this week, in hopes of solidifying the cease-fire between Israel and Hamas, the U.S.-designated terrorist group that controls the Gaza Strip. Secretary Blinken said the U.S. was committed to helping Israel replenish its “Iron Dome” missile defense system, and that the Biden administration would provide an additional $75 million in aid to Palestinians this year.

The “Iron Dome” intercepted most of the 3,400 rockets Hamas launched into Israel this month. But the technology, Oren said, is a “a two-edged sword” and created an imbalance in the casualties suffered by Israelis and Palestinians. Fourteen Israelis were killed in latest round of hostilities, while Israeli airstrikes left more than 250 Palestinians dead.

“[The “Iron Dome”] creates disproportionality. And so on our side, you had (comedian) John Oliver saying, hey, like 10 Israelis being killed, but one hundred Palestinians are being killed. Well, I’m sorry, John, that we don’t have more people being killed. But in a way, if one of Hamas’s aims is to delegitimize us and get us labeled war crimes — Iron Dome, it’s a great tool.”

Oren also claimed the casualty rates in Gaza were so high because Hamas integrates its infrastructure into neighborhoods.

“I’ve been in combat in Gaza. It is a hellhole. But one of the reasons that there are civilian casualties, because Hamas is built into these neighborhoods, and it’s built under the neighborhoods… So when you blow up a tunnel under an apartment house, there’s a good chance that now is going to come down,” Oren said. “And that was not Israel’s intention to kill those people by any means. So it is a tragic, tragic situation. I personally do not see any way we can handle it really any differently.”

Mr. Blinken also announced $5.5 million in disaster relief for the Gaza Strip where after Israeli airstrikes destroyed neighborhoods and displaced an estimated 77,000 people.

Oren, who served in the Israeli military, cautioned that Hamas’ control over Gaza and its residents makes it difficult for U.S. aid to reach Palestinians who need it. “You think you’re going to move seventy-five million dollars into Gaza and Hamas is not going to get a piece of it… Hamas much gets a piece of everything. You have to be aware of that.”

Top quotes from this week’s episode:

On the official Palestinian death statistics: “No. First of all, they come from the Hamas medical board, which is always suspect. But we actually know the names of the people were killed and about 80 percent of those people were terrorists. And it’s always very unfair when they lump all them together. Like it’s like te police interrupted a bank robbery and they shot four bank robbers and they accidentally shot three hostages were being held. So police killed seven people. That’s that would be the equivalent from Israel’s perspective.” Potential long-term solution in the West Bank: “There’s no real solution for Gaza. We’re not going to send the army in there and lose a thousand kids. And at the end of the day, no one’s to take the keys to Gaza. We’re back occupying. And it’s a mess. It’s just a mess. The West Bank situation right now, there’s really no way forward because Mahmoud Abbas doesn’t have the authority, the legitimacy to sign a peace agreement if he wanted to. And frankly, we don’t have a government either. We’re about to go into our fifth election in four years, three years, really. There’s not even the leadership to negotiate with.” Israeli missiles blowing up apartments in Gaza: “That was not Israel’s intention to kill those people by any means. So it is a tragic, tragic situation. I personally do not see any way we can handle it really any differently.” For more of Major’s conversation with Oren, download “The Takeout” podcast on Art19, iTunes, Spotify, Google Podcasts, and Stitcher. New episodes are available every Friday morning. Also, you can watch “The Takeout” on CBSN Friday at 5pm, 9pm, and 12am ET and Saturday at 1pm, 9pm, and 12am ET. For a full archive of “The Takeout” episodes, visit www.takeoutpodcast.com. And you can listen to “The Takeout” on select CBS News Radio affiliates (check your local listings).
Producers: Arden Farhi, Jamie Benson, Jacob Rosen, Sara Cook and Eleanor Watson
CBSN Production: Eric Soussanin, Julia Boccagno and Grace Segers
Show email: [email protected]
Twitter: @TakeoutPodcast
Instagram: @TakeoutPodcast
Facebook: Facebook.com/TakeoutPodcast

President Biden says “we’re not done yet” as U.S. coronavirus cases fall and vaccinations speed up