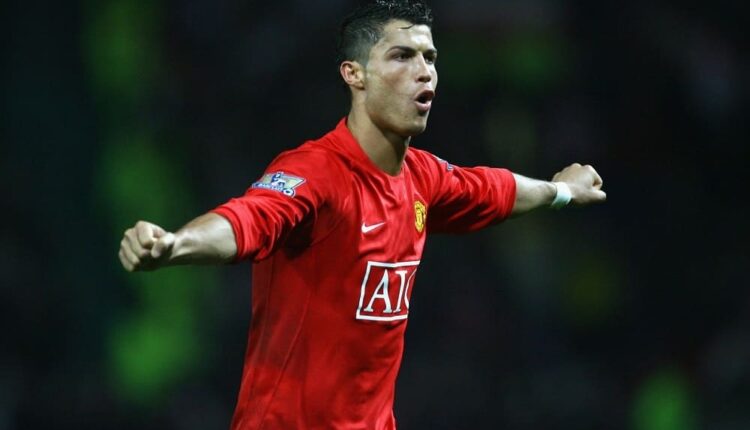 This summer, there was an insane amount of football for all tastes: Champions League, Euros, Copa America. But even all that variety couldn’t mask the moves by world-class players, which are worth a closer look. Did the players make the right choices? Who benefited and who lost from the transfers? A look at this summer’s most significant moves.

The Argentine’s long journey in Spain has come to an end. Circumstances are sad: instead of finishing the career at his home club, Messi was forced to look for a new home. The club’s veterans and Lionel himself prepared to take a significant pay cut to retain one of Barcelona’s reigning GOATs. Unfortunately, even those sacrifices were not enough to comply with La Liga’s strict financial rules.

Instead of staying in Spain, Messi will keep PSG fans happy in the new season. With Neymar and Mbappe, whom the French refused to let go to Real even for €180m, Lionel will finally try to win the Champions League for Paris. Such a target justifies the insane weekly salary of around £1 million quoted by many public sources.

What made this summer crazy was another transfer. Cristiano got tired of Juventus and decided to leave. The media were abuzz with news of Manchester City’s negotiations, while experts analysed how the striker would fit into Pep Guardiola’s game. Suddenly another Manchester club intervened in the deal and hijacked Cristiano transfer.

As rumours say, Sir Alex Ferguson, the coach of Man Utd when the Portuguese played there, influenced Ronaldo’s decision by talking with him. Cristiano also consulted with United players, former and current.

Solskjær now has a powerful weapon in his quest for the league title, but also a problem: what position will Ronaldo take on the pitch in the new season?

Perhaps one of the few setbacks for the Bayern transfer department not only this window but also in general over a long period. David Alaba has been one of the club’s leaders and is in terrific form at 28 years of age. His reluctance to extend his contract is not a consequence of any disagreement with Bayern’s management but rather a search for a new sporting challenge, as in the case of Varane.

However, the German club has already found a replacement and acquired one of the best young defenders in the country and, perhaps, Europe. The 22-year-old Dayot Upamecano cost Bayern just €42.5m, thanks to the buy-out clause written into the player’s contract.

Alaba, meanwhile, swaps Germany for Spain and is set to patch the hole in the centre of defence left by the departure of Ramos and Varane. Despite a setback in negotiations with PSG over Mbappe’s transfer, Real Madrid remains in the championship race, so follow the latest news and match scores of La Liga top teams. New season promises to be exciting.

Buying Griezmann in prime did not initially seem like the most brilliant move for Barcelona: the club had to take several loans to pay for this €120m deal in 2019. The Frenchman could never find an optimal position on the pitch, and with the departure of one of his best friends, Luis Suárez, Antoine finally became sad.

Atletico is now national champions and was happy to accept such lucrative terms: an obligation to sign Griezmann permanently for around €40m after a loan for €10m. Barcelona considered a swap for Saúl Ñíguez, but Messi’s hometown club needed the money more in the current financial climate.

In the battle for another league title, Atletico made a stunning move: they weakened one of the main rivals, strengthening their squad.

Speaking of Saúl: Chelsea had an exemplary transfer window. The club managed to make €128m from player sales, not to mention the profit from winning the Champions League. Marina Granovskaia, the club director, has worked extremely hard to fill the final positions at the club that needed reinforcements.

Thomas Tuchel, the head coach, has only three players in the centre of midfield: Kante, Jorginho, and Kovacic. So that in case of unforeseen injury or fatigue, there was an equal replacement, Saúl was acquired. Chelsea is fighting for five trophies at once, so the Spaniard will definitely play.

This experienced player also allows the coach to vary his line-up: Thomas Tuchel surprises opponents with unexpected ideas. Those kinds of surprises have allowed the German international to reach the 2020 Champions League final with PSG and win last year’s final with Chelsea.

Raphael Varane has the career many players dream of, winning the World Cup and four UEFA Champions League titles. The exciting thing is that he is 28 years old: it’s time to find a new challenge. The centre-back accepted a new test for himself: conquering the English Premier League with Manchester United.

Varane will not rely on Sergio Ramos’ back-up in England, though. Here, he will be the leading defender himself, paired with last Euro finalist Harry Maguire. However, judging from the Frenchman’s opening game against Wolverhampton, his speed and reliability are there: the important thing is that his partners don’t let him down.

Manchester United finished last season in second place, just behind neighbours Cytizens, confirming their ambitions. This summer, the club has been active with substantial transfers, including Cristiano Ronaldo and Raphael Varane, which will undoubtedly help their championship push.

Despite some pretty big doubts from the experts about this transfer, we’ll chalk up Depay’s move to a big plus for Barcelona. Especially after watching a few of the team’s official matches involving him.

Undoubtedly, Messi’s departure will affect Barcelona’s players in different ways. For example, the move of Argentinian forward Agüero to the club was made in order to convince Lionel to stay. But his departure was for reasons beyond anyone’s control: the club’s finances and heavy pressure from the La Liga club’s controlling bodies influenced heavily. And now it is unclear how Agüero will look as the season progresses: confident as a professional or as a man who will succumb to his feelings and not be able to play at the level he deserves.

The positive thing about Depay so far is that he’s bright and stands out in every Barcelona game. Memphis seems to have blossomed with top partners at the Spanish club and is showing his best football in a long time. In addition, this player is very familiar to the former Dutch national team coach Ronald Koeman, and it is much easier for him to transfer playing philosophy to him.

The development of young Barcelona players such as Ansu Fati or Trincao is also a concern for specialists, as the brighter the club’s stars play, the less time the youngsters get. But with Griezmann and Messi moves, there is more freedom in the attacking squad, and these young players now have a much better chance of getting into the starting line-up.

Chelsea’s main problem last season was not injuries and not even the arrival of Thomas Tuchel in the winter, and the need for drastic changes. The main problem was that the team created far more chances than they scored. Because of this, Chelsea often lost points in games where they should have won and struggled to finish in fourth place in the Premier League.

The Blues announced a centre-forward as their main transfer target. After unsuccessful talks with Borussia to transfer Erling Haaland, where Chelsea rumoured to pay up to €180m, Marina Granovskaia has turned her attention to Italian Inter. The Milan-based club desperately needed the money, and it was difficult for the management to turn down €115m for Romelu Lukaku.

The Belgian giant will provide Chelsea with those all-important 20-30 goals per season in all competitions. The successful interaction and understanding of Lukaku by partners Havertz and Mount has already been noted by fans of the club as well as the striker himself: “It was great, we had great combinations.”

The fate of €53m Werner, an attacking player who plays in the same position as Lukaku, is still unclear. However, he remains the only rival for the role, with Tammy Abraham move to Roma for €42m and Olivier Giroud to Milan for €1m.

This summer, the trend in EPL has been “flexing” from the top clubs and, by extension, the leading money spenders. First came United, who spent an insane £85m on Jadon Sancho. It didn’t take long for their neighbours, City, to make the Englishman Jack Grealish the most expensive player in the history of the Championship. Chelsea, however, also decided to keep up and spent more on Lukaku than their rivals did on Grealish.

Surprisingly, everyone stayed in the news (and history):

Is the price for Grealish justified? It’s a tricky question. He is indeed higher than any player in the league in many statistics, but then he played for Aston Villa and got the ball more often. Only time will tell whether the Englishman can show the same high class at a top club like Manchester City.

Dr. Fauci Addresses Whether or Not It’s Safe to Trick-or-Treat for Halloween This…

FIA: “No ability” to postpone Belgian GP until…