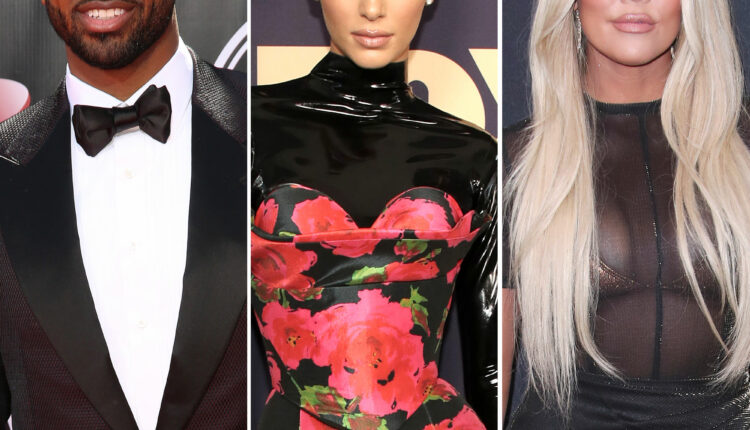 Looking on the bright side! While showing support for Kendall Jenner‘s 818 tequila brand, Tristan Thompson took a second to reflect on creating a kinder space online.

The athlete received a variety of responses, with one social media user writing, “always the toxic ones preaching peace” following his recent split from Khloé Kardashian.

Another fan showed their support for Kardashian, 37, by commenting, “Life is too short to keep playing games!! Off the court!! Stop taken that women for granted! Just saying.. Show some respect for all you are blessed with …”

Meanwhile, a third user shared that they could “totally understand” where the basketball player was “coming from” with his message of positivity. Another commentator added how happy they were that Thompson was “staying close to home and for your blessings of friends and your beautiful Family ❤️.”

The Canada native’s post comes after the Good American cofounder slammed speculation that they were back together when a troll tweeted that she had “no self worth” if she decided to pursue a relationship with Thompson again.

“You’re telling me you made an assessment about my life because of a random blog? I think that says more about you than it does about me,” the reality star tweeted back in August.

Thompson, for his part, also seemingly reacted to the rumors at the time, tweeting, “Gossipers are worse than thieves because they attempt to steal another person’s dignity, honor, credibility, and reputation which are difficult to restore.”

He added: “So remember this: when your feet slip, you can restore your balance. When your tongue slips, you cannot recover your words. Act accordingly.”

After spending time together amid the coronavirus pandemic, Us Weekly confirmed that the duo were giving their relationship another try in August 2020.

“Khloé is hopeful that Tristan has changed for good and will continue to grow and be the great and loyal partner that he has been throughout their time together during the quarantine,” a source revealed at the time.

Earlier this year, an insider shared that the twosome called it quits once again, noting, “Things just didn’t work out.”

“They broke up a few weeks ago,” the second source told Us in June. “They remain amicable toward each other and will continue to coparent.”

After fans started wondering whether Kardashian and Thompson were headed for a reconciliation two months later, a source told Us that the pair were “not back together,” even though the former Cavaliers player “would very much love” for them to date again.

Charlie Sheen Confirms Sami No Long Lives With Denise, Dropped Out of School