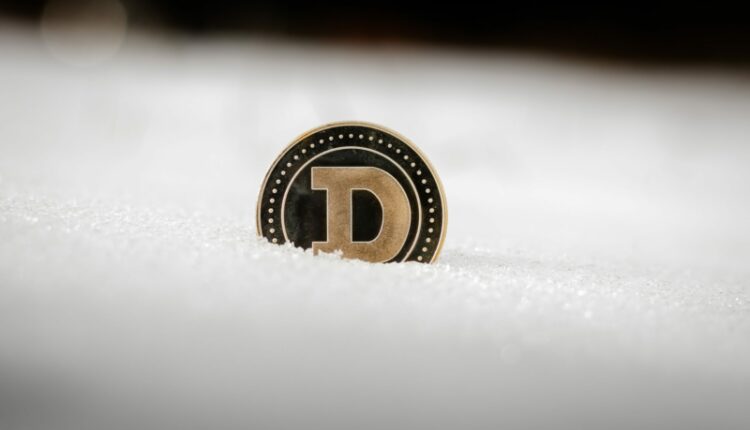 There are a lot of different trends that go around in regard to pastimes and hobbies. You will often hear of some people trying out new things that are considered trendy or such. Of course, with a lot of these things, they don’t amount to too much. They can be entertaining for a few weeks, but it is only a matter of time before they die out again. This is why it is always important to try and find a pastime that you genuinely enjoy. Doing this is going to provide you with much more entertainment in the long run and allow you to make the most of your spare time.

Of course, a lot of these trendy things originate from the internet. Before you know it, they are known all over the world. However, they just as quickly fall back into irrelevancy. This just goes to show how quickly life on the internet moves. However, there are a few exceptions to the hobbies and pastimes that grab attention online. For example, it was once seen that cryptocurrency would just be a flash in the pan regarding interest. However, that was certainly not the case. The interest and value of the cryptocurrency have done nothing but grow since its introduction. Although it was a slow grower in the start, there are very few people in the world who do not recognize the term crypto.

Crypto has even gotten so big that it is expanding by the day. Of course, when you get something that expands at such a rate, there are always going to be sub-genres and niches. One example of this in regard to cryptocurrency is meme crypto. If you are not familiar with this, then read below to become more knowledgeable about this type of currency.

So what is general cryptocurrency? In short, cryptocurrency is a digital currency that people can use to trade and make transactions. Part of what makes it so unique is the fact that it does not require any central authority to maintain its value or stature. This makes it a really interesting option for people to invest in. Unlike traditional forms of currency, there is a lot more fluctuation within cryptocurrency. Due to this, people feel as if there is a chance to invest and make some money. It is considered a safe option for people to use when it comes to the likes of online transactions and such. Part of the reason why it has become so popular is that it is now so easily accessible among people all across the world. There are plenty of different platforms out there that will allow you to buy and trade various cryptocurrencies as you wish. As well as this, there are now plenty of companies out there that will willingly accept your cryptocurrency as a form of payment. This is also a huge factor in regards to the contribution to the popularity of the digital currency.

What is the Difference Between Traditional and Meme Coins?

It is pretty clear and obvious what traditional forms of cryptocurrency are all about. So what does it mean when something is considered a meme coin? This is another form of cryptocurrency that is pretty unique, so it falls into its own category. Of course, the term meme is referred to often as being a joke, so what does it mean in regard to currencies? There are some pretty significant differences between traditional and meme coins, such as the following.

First of all, meme coins aren’t made with the same intention that traditional crypto is made with. While traditional coins can be used for the likes of transactions and payments, this is not what meme coins were intended for. These meme coins are pretty much solely made for trading. This means you might find it unlikely that companies and businesses will accept any meme coins that you might own.

If you are looking for a stable investment, then there is a good chance you shouldn’t be looking towards meme coins. They are very volatile and can be very hard to predict in terms of their trends. This means that their value can suddenly spike or drop without too much warning. Due to this, investing in meme coins can be somewhat of a risk, so it is important to be wary of this.

Part of the reason why the value of meme coins can fluctuate so much is due to the online world. When there is a buzz or joke surrounding a certain coin, this can cause more people to invest, which in turn can cause the value of the coin to rise. However, once this joke ends and people begin to simmer down, the price of the coin can rapidly drop. If you do want to try and keep track of how much coins are valued at, you can do so by checking out cryptocurrency stock prices. It is important that you are examining these regularly when you are investing in the likes of meme coins.

Where Did Meme Crypto Come From?

So where did meme crypto actually come from and start? The first meme crypto was Dogecoin. This was originally made in an attempt to make fun of the likes of bitcoin and other major cryptocurrencies. Although made as a joke, promotion from the likes of Elon Musk caused the value of this coin to skyrocket. This meant that anyone who had invested in the currency was able to sell again for a really great fee. However, as the hype died down, so did the value of Doge. However, following this period in the world of crypto, it became obvious the potential that meme coins could have on the market. Since then, people have tried to replicate the success of dogecoin, but none have quite reached the heights.

So what are the different types of meme crypto out there? Here is a breakdown of some of the most popular options;

Doge: As mentioned above, Doge was the first real meme cryptocurrency. It is widely known and still remains an investment point for people despite its decline. As of August 2022, Doge is worth roughly $0.06. With a market cap of $16.24 billion.

Shiba Inu: The second most popular meme crypto in today’s world is Shiba Inu. It currently holds a value of roughly $0.00001. With a market cap of $7.5 billion.

Samoyed Coin: Samoyed Coin is a relatively unknown form of meme coin. However, it holds good value as of now. Its value in August 2022 is $0.011, with a market cap of $42 million.

As mentioned above, it can be hard to keep track of the value and patterns of meme cryptocurrency. It is usually something out of the ordinary that causes a spike in value. So if you are trying to make the most out of your meme coin investments, you are going to have to try and keep a close eye on any jokes or trends that could be developing as well as this try to recognize the peak of a meme coin as soon as you can. Although this is hard to judge, these coins can drop quickly in value. So being able to recognize a threat before the value plummets is definitely a hugely beneficial thing to do.

How to Invest in Meme Crypto

So if you are looking to actually invest in the world of meme crypto, this can be a very easy thing to do. Most sources of trading and investing in cryptocurrencies are also going to allow you to look at meme currencies. After all, they are still heavily popular and invested in. So it is definitely accessible to invest in meme crypto. If you are going to invest in some meme crypto, however, it might be a good idea to look at some more traditional coins as well. Not putting all of your eggs in one basket can help to spare your blushes. Not to mention it is a much more profitable way to trade cryptocurrency.

So how safe is meme crypto? In terms of your own personal spending and details, it is just as safe as traditional crypto. However, as mentioned above, it is a very unstable and unsafe investment. So when you consider this, you might want to think twice about putting large amounts of money into this. Although you won’t directly be at risk when using meme coins, it is definitely a financial risk and not a safe investment.

The Future of Meme Crypto

In the world of the internet, it can be hard to predict how things will go, especially with something as unpredictable as meme crypto. So there is no telling what direction it will go in. There are likely going to be some serious highs and some serious lows, but besides this, there is not too much that you can predict about its future.