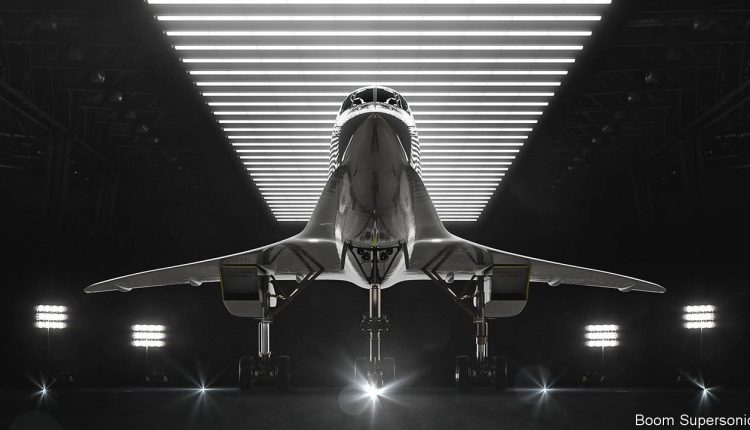 FOR 27 YEARS Concorde epitomised jet-setting glamour. Yet its elegant delta wings came with the ear-splitting noise of thirsty military-derived engines; champagne was served in a cramped cabin with small seats; and cruising at twice the speed of sound, which just about halved the time for an Atlantic crossing, cost twice the regular business-class fare. Devotees shed a tear after its farewell flight in 2003, following a fatal crash in 2000 and the terrorist attacks of September 11th 2001. Most business travellers shrugged.

“Picking up where Concorde left off” is how Blake Scholl, chief executive of Boom Supersonic, describes Overture 1, the jet which the American startup is developing. It will propel up to 88 passengers 1.7 times as fast as sound while avoiding Concorde’s drawbacks. This appeals to United Airlines. On June 3rd it agreed to buy 15 planes, with an option for 35 more. JAL and Virgin Atlantic have options to acquire 30 between them. Mr Scholl promises that supersonic fares, once only for the very rich, will now be “for everyone”—or at least those who can afford to fly business on the same route. Better aerodynamics, materials and engines are intended to keep operating costs 75% below those of Concorde. Civilian engines will propel the aircraft in relative quiet and use sustainable fuel to head off criticism from environmentalists. Mockups of the cabin look suitably plush.

UBS, a bank, thinks supersonic travel has a future. It puts the cumulative size of the market at between $80bn and $280bn by 2040, depending on regulatory hurdles and whether the planes are delivered on time, on budget and operate as promised. Mr Scholl is eyeing the upper end of that range, a potential market for 1,200 Overture 1s at $200m each. Then he hopes to make progressively bigger craft offering lower fares and higher speeds. Spike, another American firm with supersonic ambitions, is developing an 18-seat business jet that doesn’t make a loud boom.

Is this pie in the sky? A distant caveat-strewn commitment is good publicity for United and for Boom when it seeks more funding. It is unlikely that much cash has yet changed hands. Overture 1 is not set to enter service until 2029. Aerion, another firm that hoped to build an 8-10-seat business jet, unexpectedly folded in May despite orders worth more than $11bn and backing from Boeing, America’s giant aeroplane-maker.

National regulations banning supersonic speeds over land rule out trips across North America, home to lots of business travellers and most of the world’s business jets. Morgan Stanley, a bank, reckons that at $120m, double the price of a similar subsonic plane, even the ultra-rich wouldn’t pay to cut four hours from a transatlantic trip. Tellingly, Boeing itself has no plans to go supersonic. Nor has Airbus, its European arch-rival (which was involved in the Concorde project). The passenger-jet duopoly reckons that cheaper and cleaner flying is more important than speed. Breaking the sound barrier is still some way off for the ordinary punter. ■

This article appeared in the Business section of the print edition under the headline “Boom time?”