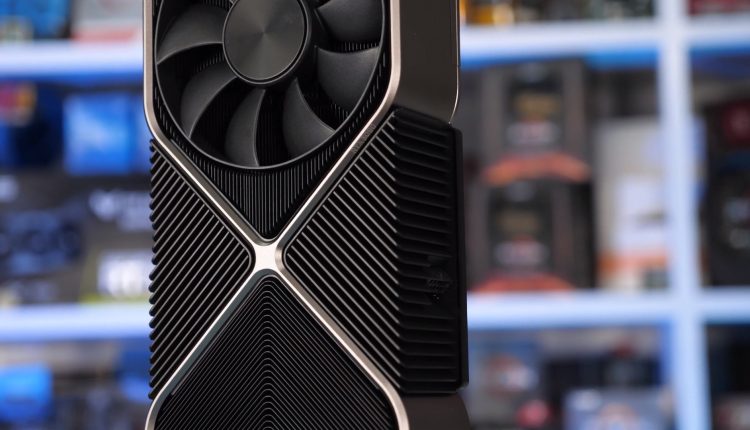 TL;DR: Nvidia has launched a treasure hunt and the top prizes are new GeForce GPUs. To win, you’ll need to comb through Nvidia’s GTC 2021 trailers for clues or be the first to crack codes embedded in the GTC livestream. Good luck!

Last year, he pulled an A100 out of the oven. Who knows what he’ll microwave this year. It probably won’t be new gaming hardware — but that doesn’t mean that the livestream won’t have a little something for gamers, too.

Nvidia’s GTC Twitter account posted a 30-second clip of a gently rotating chandelier paired with the byline, “Discover what comes next.” The apparent simplicity of the video prompted further investigation, leading some to discover that the light bulbs flickering contained a message in Morse code. Decoded, the message reads “hidden treasure hidden treasure.”

Not long afterward, a secret page was discovered. The body of the page reads:

On Monday, April 12 (8:30 a.m. Pacific), the NVIDIA GTC keynote will go live and we thought we’d have a little bit of fun by adding a few ‘Easter eggs.’ These are clues & hidden treasures for those with eagle eyes to discover.

Watch closely, and if you see anything out of the ordinary let us know! There may be rewards waiting…

To participate: Tweet the hidden treasures you find (and the timestamp where you found them in the keynote) to @NVIDIAGTC and use the hashtag #GTCTreasure.

We’ll be watching for your answers and will award a few coveted items (like a GeForce RTX 3090!) to a selection of winners who find at least one of our top hidden treasures.

Look again at the visual that brought some of you here in the first place. You may find more hidden treasure…

Good luck, and most importantly, have fun.

The prizes are revealed in the rules section. The first prize, chosen by a “random drawing of eligible entries that are the first to post accurate descriptions of each unique hidden treasure,” is an RTX A6000 if the winner is from the US, or an RTX 3090 is the winner is from the UK or the European Union. Other regions can’t participate.

The remaining twenty-three winners will be chosen randomly from the set of timely tweets containing at least one correct description of a hidden treasure. The second, third, and fourth prizes are an RTX 3090, irrespective of the winner’s location. Then there are twenty consolation prizes of an Nvidia Shield TV, and an Nvidia scientific ruler.

If you want to get a head start on the treasure hunt, head over to Twitter and trawl through Nvidia’s clips for clues. Only one has been discovered so far, and there’s allegedly multiple. And of course, set a reminder for the GTC keynote for April 12 at 8.30am PT (11.30am ET, 3.30pm GMT).

Apple: iMessage on Android ‘will hurt us more than help us’