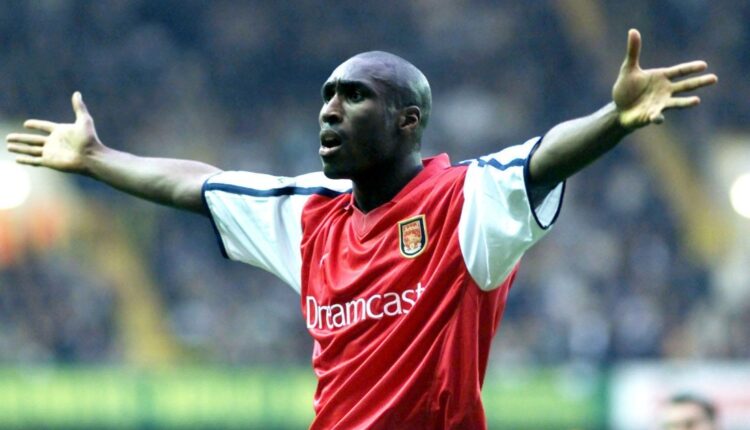 9 transfers that came out of nowhere: Campbell, Robinho, Martial…

It’s harder than ever to keep an incoming transfer under wraps, but the likes of Arsenal, Chelsea and Manchester United have all done so in the past.

In the age of social media and ‘in the know’ accounts, Aston Villa have surprised everybody with their move for Southampton and England striker Danny Ings.

We’ve identified another nine transfers that seemed to come out of nowhere.

Sol Campbell
The king of all surprise transfers.

By the end of the 2000-01 season, it was clear Campbell had outgrown Tottenham – he was one of Europe’s best centre-backs while Spurs were floundering in mid-table.

His contract had expired and it was expected that Campbell would join an elite Champions League club abroad. Around the same time, Arsenal announced a press conference to unveil the signing of goalkeeper Richard Wright.

The scenes when Campbell walked out instead were unprecedented. In an interview with Spurs Monthly magazine, the England defender said that he would never play for Arsenal and the reaction from Tottenham fans was apoplectic.

Campbell himself has said: “[Arsenal vice-chairman] David Dein made me feel protected. He was going to help and promised to be there for me. Come to us, he said, and you will be part of our family. We will protect you.”

‘Judas’ ended up winning two league titles and three FA Cups at Highbury while Spurs fans never, ever forgave him.

Robinho
It’s August 2008. Manchester City are aggressively mid-table, their new manager is Mark Hughes and their star summer signing was £18million striker Jo. The shadow of the English and European champions at nearby Old Trafford looms large.

But what’s this? A mysterious billionaire has decided to buy the club and Robinho has agreed to join. Robinho!

For his part, Robinho thought he was joining Chelsea. At least he’d heard of them.

The Brazil international never lived up to expectations and barely lasted two years in England. But anybody who saw the initial move coming is a pathological liar.

READ: Why the shady Carlos Tevez & Javier Mascherano deals should be celebrated

Anthony Martial
“I have not bought Martial for me, I have bought him for the next manager of Manchester United.”

Those were the words of Louis van Gaal upon signing Martial in September 2015, bemoaning the £36million transfer fee as evidence of the “crazy world we are in” and how United were routinely being quoted “£10million more” for players than other clubs.

It was a move that caught season United followers by surprise. Martial was making his name at Monaco, but nobody expected the teenager to move to Old Trafford for a record transfer fee.

The reaction in France was one of bemusement. Journalist Phillipe Auclair told the BBC: “Is he worth that amount of money? If you ask the people back in France, they will say no he’s not. This amount of money leaves people speechless in France.”

Martial has proven a sound investment, scoring 78 goals in 258 United appearances – but a feeling of unfulfilled potential still lingers.

Martial: “Highlight? It would have to be my debut, my first game, against Liverpool with that incredible feeling & sensation with all the fans & the fact I’d managed to score. It was truly an amazing moment.” #AM9 👹🔥⚽️pic.twitter.com/7Vu59jUL3D

Fabrizio Ravanelli
Middlesbrough were gloriously bonkers back in the 90s, with superstars like Juninho and Emerson lining up alongside the more prosaic Phil Stamp.

But Ravanelli still managed to stand out. Fresh from winning the Champions League with Juventus, the Italy international moved to Teeside for £7million in the summer of 1996 and scored a hat-trick on his debut against Liverpool.

His season in England was the definition of memorable. Despite being one of the league’s top scorers, Ravanelli alienated himself from his team-mates, staff and supporters with his constant criticisms of the club’s training regime and facilities.

Being the highest-paid player in the Premier League was never going to stop Ravanelli from leaving after relegation but Boro fans will look back fondly at the most exciting era in their history.

READ: Fabrizio Ravanelli: I loved everything about my season with Boro

Esteban Cambiasso
Cambiasso is well-known for his iconic goal for Argentina at the 2006 World Cup, but his impact at Leicester City shouldn’t be forgotten.

The Foxes had just been promoted to the Premier League after a 10-year absence and the midfielder signed up for the 2014-15 season.

He made an instant impact, scoring in a famous 5-3 win over Manchester United, but Leicester spent much of the campaign rooted to the bottom of the league.

That was until a run of seven wins and one draw from their final nine games saw the club miraculously escape relegation, with Cambiasso instrumental in Leicester’s revival.

He turned down a contract extension and left the club in 2015. If only he’d stayed for another year…

Still, Fergie gobbled it up like a thirsty mule and rescued Owen from relegated Newcastle in 2009.

READ: Remembering the brochure that got Michael Owen a move to Man Utd

David Luiz
By 2016, David Luiz was a caricature of a defender.

His first spell at Chelsea was successful, but the abiding memory was of Gary Neville describing him as a “player being controlled by a 10-year-old on a Playstation”. His role in that 7-1 didn’t help either.

Luiz spent two years out of the English spotlight at PSG, so nobody foresaw his return to Stamford Bridge in 2016.

Chelsea boss Antonio Conte had grown frustrated with failed moves for Kalidou Koulibaly and Alessio Romagnoli and sanction the return of Luiz for a £34million fee.

And his second spell proved just as trophy-laden as the first, with the Brazil international winning one Premier League title alongside the FA Cup and Europa League.

Julien Faubert
Why write a thousand words when you can just look at Alfredo Di Stefano’s face?

The Most Unlikely Real Madrid Signing Ever. The disbelief on Di Stefano’s face is sensational. pic.twitter.com/VLhbWPdGMK

More from Planet Football
Fabrizio Ravanelli at Middlesbrough: A wonderful striker, but a bit of a sh*t

Can you name the last 20 players to break the world transfer record?