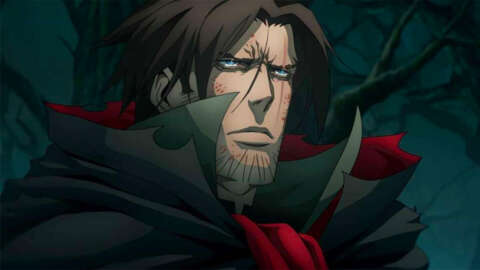 Netflix has revealed the release date of Castlevania Season 4, and confirmed this will be the final season. It hits the platform on May 13.

A new trailer for Castlevania Season 4 has also been released. The promo doesn’t contain any footage from the show, but instead shows a map of the various Eastern Europe locations the series has traveled to, accompanied by ominous voiceovers from a variety of the main characters including Trevor Belmont, Carmilla, and Alucard. Check it out below:

Castlevania is based on Konami’s classic video game, and the show was created by comic book writer Warren Ellis. It stars Richard Armitage as monster hunter Trevor Belmont, and the first season was released to acclaim in 2017. The final season will consist of 10 episodes.

While this is the last main season of Castlevania, Deadline has reported that Netflix is planning a spin-off series set in the same world, with a new cast of characters. While Ellis has written all the seasons of the main show, Deadline states that he won’t be involved in any further series, following sexual misconduct allegations last year.

Creator or Creature? A Nightmare Wakes dramatizes the birth of Frankenstein