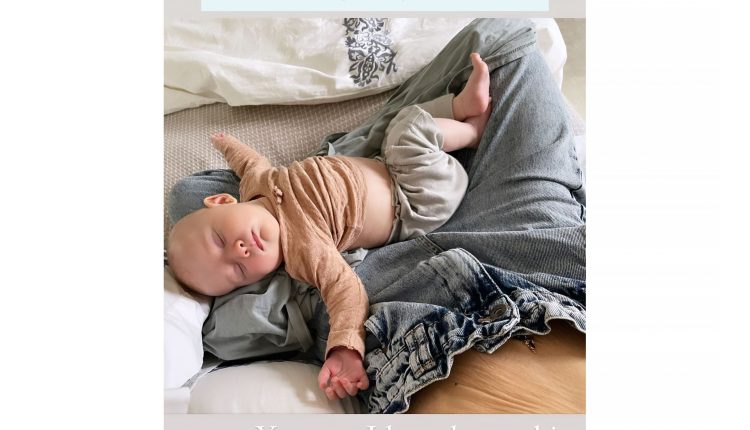 Instagram can be real life! Hilaria Baldwin is showing off the fact that her body looks different than it did before babies — and that’s nothing to be ashamed of!

“Yes, yes, I have loose skin after all my pregnancies,” Baldwin, 37, wrote via Instagram Story on Friday, April 16. In the photo, the “Mom Brain” podcast host’s belly is exposed as her 1-month-old daughter María Lucia lays on her lap.

In another post, Hilaria shared a photo of María Lucia, displaying her baby’s belly rolls. “Baby friend woke up…she and I twin tummy wise,” she wrote via Instagram Story.

Last month, the Living Clearly Method author opened up about the many challenges of having two children so close together.

“Having two small babies is so fun and cute. There are also challenges,” she wrote via Instagram in March. “Like, Lucia just had an explosion and I have Eduardo rolling around … So I’m just gonna lay here, covered in poop, entertaining Edu … until I get a genius idea how to get out of this 💩 situation.”

Despite the difficulties, however, the couple, who married in 2012, are thankful every day following a past pregnancy loss.

“Our hearts are filled with so much gratitude. The Baldwinitos craved so much to have a little sister. Many of you may remember the loss of their sister at 4 months in the end of 2019,” she wrote via Instagram at the time. “There isn’t a day that goes by where we don’t ache for our daughter. When I found out our baby had died, I told our children that their sister was going to come, just not at that time. Nothing will ever replace her, but two wonderful souls have come into our lives, and we are humbled to know them.”

On April 13, she added that she misses her daughter every day, who she lost at 16 weeks.

“There is also not a day that goes by where I don’t thank my lucky stars that I have Eduardo Pau and Maria Lucia,” the Boston native posted on social media. “The fact that both of those feelings can exist inside of me, simultaneously and so intensely in their polarity, blows my mind.”

Bowser sued by Nintendo for hacking Switch consoles — no, not that Bowser