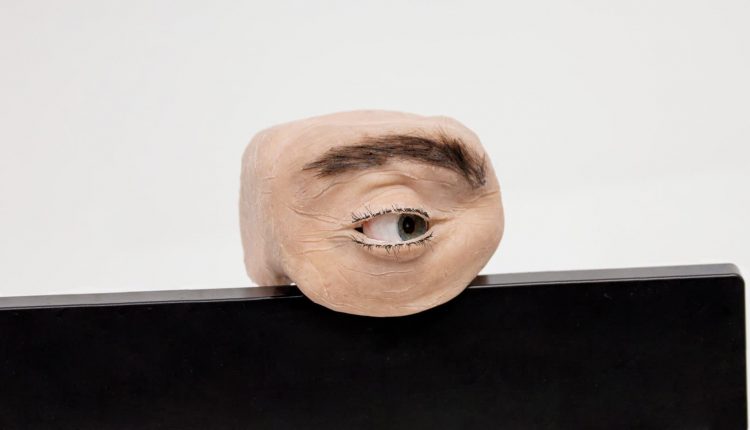 Human eyeball-mimicking webcam is the stuff of nightmares

WTF?! Have you ever looked at your webcam and thought, “yeah, it performs its intended functions, but I wish the camera resembled a disembodied human eye—like something from a David Cronenberg movie.” If so, here’s some good news: your disturbing fantasy has been made real.

The aptly named Eyecam comes from researcher Marc Teyssier and is part of research at the Saarland University Human-Computer Interaction Lab. The anthropomorphic webcam is designed to “challenge conventional relationships with ubiquitous sensing devices and call to re-think how sensing devices might appear and behave.”

The device consists of six servo-motors controlled by an Arduino Nano that reproduce different eye muscles, while the camera itself (720p60) is connected to a Raspberry Pi Zero and works as a standard plug & play webcam.

The Eyecam can function autonomously and react to external stimuli, such as the presence of users. It’s constantly blinking, and the eyelids dynamically adapt to the eyeball movements—it’s even got human hairs implanted for the eyebrows and eyelashes.

If you’re a fan of 80’s horror classic The Thing, you can make your own Eyecam using the design and software available on Github. And make sure to check out more details on Teyssier’s website.

We’ve seen mildly terrifying human body part-mimicking tech in the past, including the MobiLimb that’s able to drag a phone around and even stroke a user’s hand in response to receiving a positive emoji.

EA patent for a ‘dynamic difficulty adjustment’ system has been approved