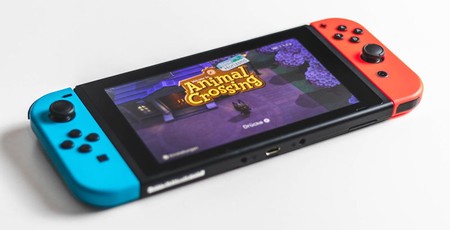 Nintendo will at last deliver a meaningful update to its popular Switch console this year, according to people familiar with the plans speaking to Bloomberg. In previous years we have seen similar rumours shot down by Nintendo and the last update to the Switch made very little difference under the hood – it released just a form factor adjustment delivered via the Switch Lite.

To “prop up demand in time for the holidays,” Nintendo will this year deliver a proper update to the Switch console. On the portable side of the equation the Switch screen size will increase from 6.2- (5.5-inch in the Lite) to 7-inches, but the resolution will stay the same at 720p for your portable games playing. Perhaps more significantly, the screen type is being upgraded to OLED, which is usually very positive for portables – providing the deepest blacks and energy saving qualities. It would be a good opportunity for Nintendo to modernise the console with smaller bezels too. The info about screens comes from Samsung contacts, which say that the 7-inch 720p OLED displays will be made available to Nintendo by June, with an initial production target of a million units per month.

The Samsung-sourced info carries some weight and Bloomberg’s analysts agree that the 4K TV display will be one of the key upgrades on offer. The reasoning seems to be that it is a necessary update to sustain sales in the face of growing competition from the Xbox/PlayStation consoles. With the 7-inch OLED, 4K connected TV graphics, and the necessary underlying supporting hardware improvements the Switch could have its life cycle extended by many years. It will be interesting to see how Nintendo tackles the launch of a ‘Switch 2’ with the balance to strike between new model enhancements and backwards compatibility, among several issues.