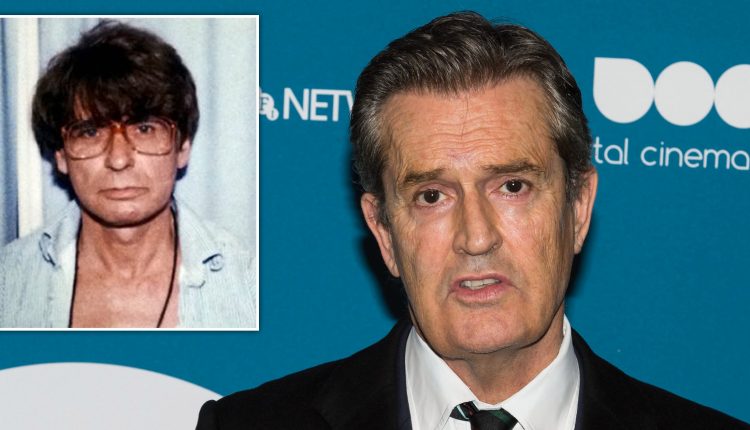 Rupert Everett has said that he could have died after going to the same pub as serial killer Dennis Nilsen.

The 61-year-old gay actor revealed he went to the same bar as the murderer – who was recently portrayed by David Tennant in ITV’s drama Des – who killed at least 12 homeless or gay men and boys between 1978 and 1983.

Opening up during this week’s upcoming episode of Piers Morgan’s Life Stories, he said: ‘He was in the pub that I used to go to… Yeah, so I could be dead. He used to go to the Coleherne, which was this leather bar…’

When Piers asked if he remembers seeing Nilsen at the bar, Everett explained the connection.

‘No I didn’t know him but he was there,’ he added. ‘I mean, that’s where he got two or three of his victims from.’

Nilsen is thought to have killed 15 people in total, although just eight of the victims – the youngest of which was just 14 years old – are known for sure. The killer was 37 when he was arrested at his north London home, and his crimes were only uncovered when a drain outside his home in Muswell Hill became blocked by the human remains he had tried to flush away.

The actor admitted his life at the time is a big reason he wouldn’t want kids of his own, because of the fear of ‘how dangerous’ their lives could be.

Reflecting on Tennant’s drama, he says: ‘ I knew just recently how dangerous you know my life was. Which is one of the reasons I would, I would hate to have children.

‘Because there — there must, the terror if you’ve led a dangerous life yourself, imagining how dangerous your kid’s life could be.’

Everett doesn’t think he knew any of Nilsen’s victims personally, although everyone knew he’d been in the bar.

Although he insists he didn’t know them, Piers suggests he could have met them and he replies: ‘Oh I don’t know, maybe yes, I don’t know.’

He adds: ‘Oh I think everybody [knew], well straight after he — he’d been, the trial and everything like that, everyone knew that he’d been in that bar.’


MORE : Dennis Nilsen detective took iconic photo of him because he ‘knew case would be famous’

This Morning viewers rally around caller whose husband left her after failed IVF treatment: ‘You can do better than him!’