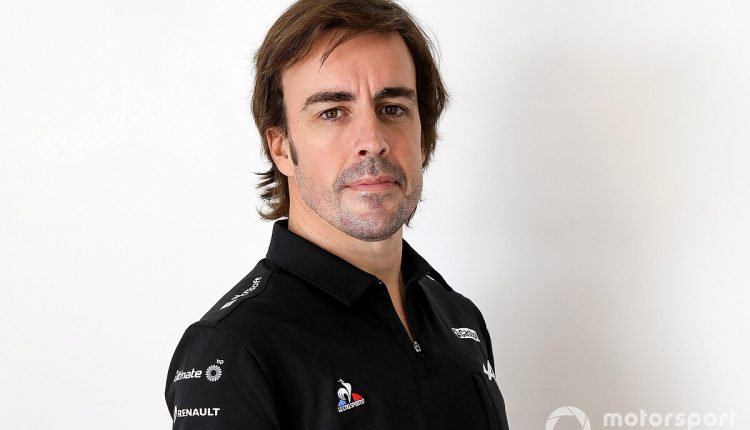 Two-time world champion Alonso is set to make his F1 comeback this year with Alpine, having not made a grand prix start since his final appearance for McLaren at the end of 2018.

Alonso’s pre-season preparations were complicated after he was involved in a cycling accident while out on the roads in Switzerland last month.

The Spaniard required corrective surgery for an upper jaw fracture, but he has since returned to training and left Alpine confident he would be able to feature in pre-season testing.

Despite being absent from Alpine’s F1 car launch on Tuesday in order to focus on his preparations and recovery, CEO Laurent Rossi stressed Alonso was fit for the new season.

“Fernando is doing very well,” Rossi said. “He had a bad accident. A bike accident is rarely something that goes easy, but he was lucky, and he ended up only suffering from his jaw.

“So besides the necessary surgery and care on his jaw, the rest is totally fine. Fernando is completely fit. He is totally operational.

“We are even surprised that he’s recovered so quickly. He confirmed to us almost immediately after the incident that he will be here in Bahrain, which has been confirmed with his doctors.

“It looks like he was right because he’s absolutely fit, and we are looking forward to seeing him next week in the car.”

Alpine will give its newly-launched A521 F1 car an initial shakedown at Silverstone on Wednesday, using one of its allocated filming days for the new season.

With Alonso unable to easily enter the UK due to COVID-19 restrictions, the running will be completed solely by his teammate, Esteban Ocon.

But Alpine executive director Marcin Budkowski said activities such as the team launch and the filming day were not as important as ensuring Alonso was fully fit for the new season.

Alonso unable to be part of the launch even remotely, how disruptive has the situation been in terms of the team’s preparations for him for this season?

“It’s really about giving him the best chance of fully recovering for the beginning of the season,” Budkowski said.

“It’s more important to have him completely fit in time for the test in Bahrain than having him here for the launch, or having him actually driving the car tomorrow for the shakedown.

“So let’s keep Fernando 100%, give him time for recovery and have him fit for Bahrain testing.”