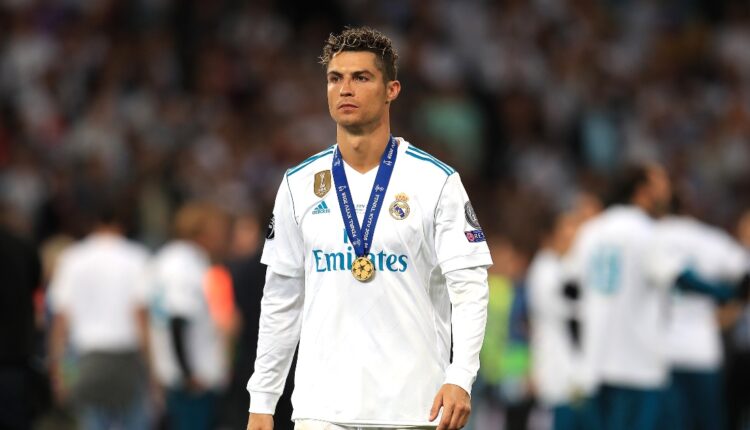 The 36-year-old attacker spent nine years at Real after joining from Manchester United in July 2009.

He went on to become a legend at the Bernabeu, scoring 450 goals in just 438 appearances.

He worked with Ancelotti at Real between July 2013 and May 2015, before the Italian was sacked and replaced by Rafa Benitez.

On Monday night, a report by Spanish TV programme El Chiringuito claimed that Ancelotti was looking to reunite with Ronaldo.

But the manager has now refuted those suggestions, tweeting: “Cristiano is a Real Madrid legend and he has all my love and respect. I have never considered signing him. We are looking forward. #HalaMadrid.”

Ronaldo was sold to Juventus for a £99.2million fee three years ago. He’s since managed 101 goals in 133 games for the Bianconeri, helping them to win Serie A titles and one Coppa Italia.

However, his next destination could be Paris Saint-Germain as club chairman Nasser Al-Khelaifi is reportedly planning to partner him with Lionel Messi.

Ronaldo’s contract in Turin expires next summer, which means he could follow in Messi’s footsteps and move for free.

PSG have also managed to bring in Gigi Donnarumma, Sergio Ramos and Gini Wijnaldum without paying a penny in terms of transfer fees.

However, Arsenal and Barcelona legend Thierry Henry believes they could still come up short in their Champions League hunt due to one problematic factor.

Speaking to Amazon Prime, the Frenchman said: “We always talk about great players, attacking, going forward, but we need a balance.

“We are talking about the team in which I played at Barca, but people forget to point out that we weren’t conceding a lot of goals. In general, teams that don’t concede a lot of goals are not far from the title, or even from the Champions League.

“When you have superhuman players, it gets a little easier but when I see how Paris is evolving at the moment, they concede too many goals for my taste to be able to go a little further. It is true that there was a lack of players but the balance is the most important.”