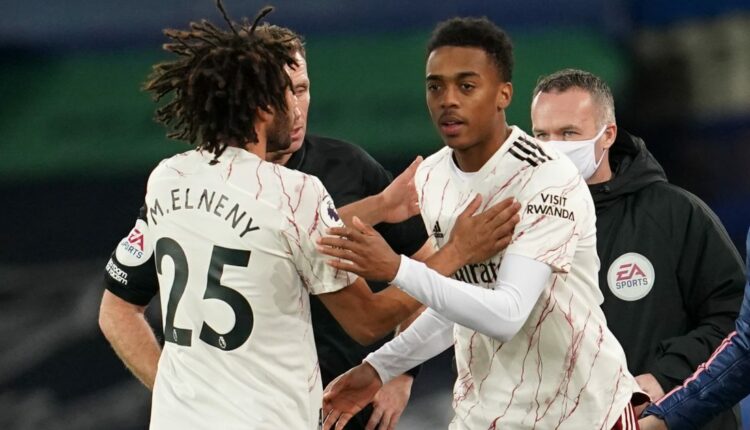 The future of Arsenal youngster Joe Willock “remains uncertain” amid his links to Newcastle United, according to reports.

Willock has always been highly thought of at the Emirates and he made his senior debut for his boyhood club during the 2017/18 campaign.

The 21-year-old was only a bit-part player for the Gunners up until the end of the 2018/19 season. But he established himself as more of a regular in 2019/20 as he featured 44 times for Arsenal across all competitions.

The most expensive transfers ever between Premier League clubs

With first team opportunities hard to come by last season, he joined Newcastle United on loan in February for the remainder of the season.

Willock shone for the Magpies as he netted eight goals from just 14 appearances. He ended the season in style by scoring in seven straight league games. This run equals Alan Shearer’s record for goals in consecutive Premier League games.

It was reported on Thursday that Newcastle had agreed a £25m deal to sign the Arsenal midfielder permanently.

They add that “a loan deal and permanent transfer have been discussed, but Arsenal are yet to respond with a concrete answer”.

The midfielder joined the Foxes in 2018 from Norwich City for around £20m. He made his debut for England in 2019 and he has consistently impressed at The King Power Stadium.

Arsenal have been heavily linked with Maddison of late as they see him as an “alternative” to Real Madrid’s Martin Odegaard.

Rodgers has attempted to assure Leicester fans by suggesting that Maddison “wants” to remain at the club:

“I know he is very happy here and he wants to be here.

“If anything comes to the club, Jon Rudkin [director of football] would tell me straightaway and I would deal with it then, but there has been nothing that’s come my way.

“I’ve not been told anything to say [he won’t stay]. He is happy in training and he is working hard, and he is a talented, important member of the squad.

“He had his season disrupted by injury last year but hopefully this season he can show what a real top player he is.”