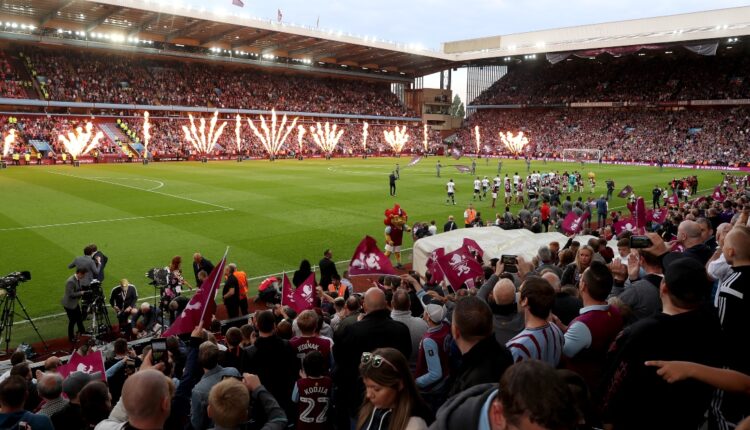 Aston Villa have contacted the FA and UEFA about using Villa Park as the new venue for the Champions League final.

Europe’s elite competition will have an all-English final following Man City and Chelsea’s respective wins in the semis.

FEATURE: The case for Graham Potter as Tottenham manager

Istanbul looks set to host the all-English final, despite Turkey entering a national lockdown due to rising COVID-19 cases recently.

UEFA is intent on the final going ahead in Turkey and wants 8000 fans to travel there.

But there are concerns that those fans will bring a new strain back to the UK.

As such, Aston Villa officials have offered Villa Park as a potential venue for the final, according to Sky Sports.

They believe it would be a safe alternative as most fans would not have to cross national borders for the game.

The stadium is not currently equipped for such a big event, although club officials are discussing how alterations can be made.

The report states that the press box, media facilities and camera positions would all need to be heavily adapted.

It’s thought that any venue switch would be incredibly difficult to pull off. Teams, broadcasters and UEFA staff would have to alter their travel plans at short notice. That’s troublesome at the best of times, let alone during a global pandemic.

On May 5, Turkey reported over 26,000 new coronavirus cases, in a population of 82 million.

In contrast, the UK reported around 2100 new cases on the same day, in a population of 66.6 million.

The last time the Champions League final was hosted in the UK was in 2017, when Cardiff’s Millennium Stadium welcomed fans from Real Madrid and Juventus.

Cristiano Ronaldo starred for Real as they defended their crown with a 4-1 win.

The final was last held in England back in 2011. Barcelona beat Sir Alex Ferguson’s Manchester United 3-1 on the night, thanks to goals from Lionel Messi and David Villa.

This year, Thomas Tuchel and Pep Guardiola’s teams will battle it out for the trophy.

Tuchel has masterminded a brilliant turnaround at Chelsea since he took over, helping them into the FA Cup final too.

However, Mason Mount and co will need to be at the top of their game if they want to beat favourites City.