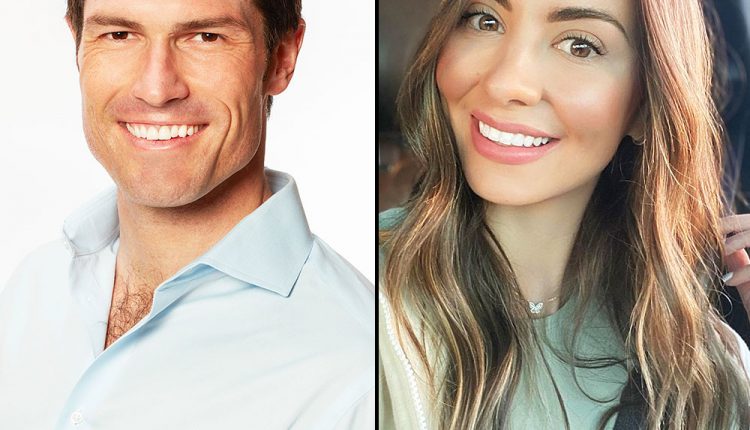 Talkin’ sweet and lookin’ fine! Bennett Jordan would absolutely offer a rose to Kelley Flanagan if given the chance, according to his Wednesday, March 24, Instagram post.

“At 36, I realize shooters have range for a reason and can’t be afraid of taking long distance shots. You just gotta keep shooting.🏀,” the Harvard alum wrote. “However, I didn’t realize brief clips of “Fantasy” could give such feels until earlier this week. 😘.”

The caption was paired with a brief video of the shirtless reality tv star playing with his hair and winking at the camera, set to the song “Fantasy” by Mariah Carey.

The post was an obvious nod to Flanagan, 29, who posted a similar video to her own Instagram account two days earlier. Utilizing the same soundtrack, the attorney twirled for the camera to show off a new haircut.

“***Waiting for Bennett to join the chat***” one fan commented on Flanagan’s post.

The wealth management consultant entered the public eye in 2020 after appearing on Tayshia Adams’ season of The Bachelorette.

During his time on the show, Jordan was called out by Adams, 30, for questioning her integrity before she decided to send him home. Later, he reappeared to confess his feelings for the former phlebotomist.

“Our goodbye felt so bizarre, so surreal, I couldn’t even fathom what just happened. I was thinking about all these things that I wasn’t able to share with you, sometimes you don’t realize things until they’re gone,” he told the lead. “And I realized in that moment that I love you.”

Still, she let him go.

On her “Off the Vine” podcast, Kaitlyn Bristowe — who is set to host the next season of The Bachelorette with Adams — brought the season 16 alum up to Flanagan.

“What are you going to do in New York? Are you going to go on dates? Because Bennett really wants to go on a date with you. He told me,” the former Bachelorette, 35, told her.

The lawyer previously dated Peter Weber. The pair, who broke up in December 2020, met shortly before she joined 31-year-old Weber’s season of The Bachelor in 2019.

Though the pilot eliminated Flanagan on the series, the former couple reconnected after the season aired. The pair officially broke up in December 2020 and, although they have been spotted together since, are now done for good.

“They’re on ‘good terms,’ meaning they’re not holding any grudges and are friendly post-breakup,” a source told Us Weekly exclusively in February. “Nothing is new with their love lives — they’re both single.”