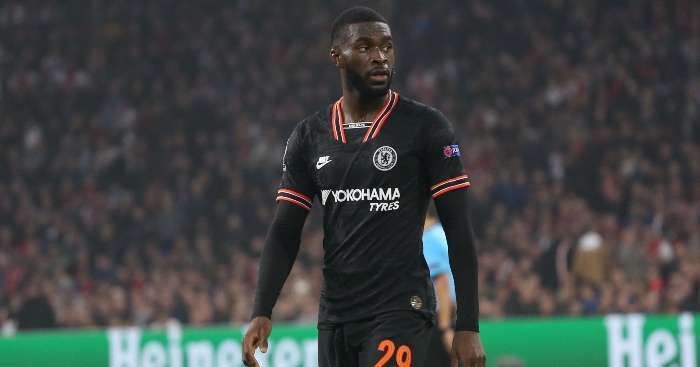 Chelsea defender Fikayo Tomori has completed his loan move to AC Milan, the club has announced.

The player has received limited game time this season, with Thiago Silva and Kurt Zouma preferred in defence.

The Blues have now sent him on loan to Italy to gain more first team experience.

FEATURE: Alan Shearer is a pillar of our footballing existence

Tomori has joined AC Milan until the end of the season.

The Englishman has been heavily linked with a move due to Milan’s defensive woes.

Tomori is expected to start in their match against Atalanta at the San Siro this weekend.

Chelsea officials will be hoping the player can find some form while on loan.

He’s spent most of the season on the bench, featuring just four times in all competitions.

Antonio Rudiger has returned to the starting eleven in recent weeks, too. That’s pushed Tomori further down the pecking order.

Despite his centre back selections, manager Frank Lampard is thought to be a big fan of the 23-year-old.

He put his trust in the player during their spell at Derby in the 2018/19 campaign. Tomori featured 44 times in the Championship that season and showed his huge potential.

Milan currently sit top of the Serie A table after 18 matches. They’re three points ahead of rivals Inter and are joined by Juventus in the title race.

This could be Tomori’s chance to prove himself in a top European league. Playing well in Italy could see him return to Chelsea’s starting eleven next season.

That would help Lampard to replace Silva, who is certain to leave in the next couple of years.

Speaking about Tomori’s situation before the move, Lampard said: “He absolutely has a long-term future at this club.

“The moment I got close to Fikayo was when I took him to Derby with me and he was player of the year there and one of the best players in the Championship that year.

“He came back here and played 20-plus games for us at a very young age and got in the England squad.

“In my head there is an absolute long-term plan for Fikayo about his career here.”

Mexico reports 2,192 new coronavirus deaths in one of…

Blackmore described as an ‘inspiration’ after…