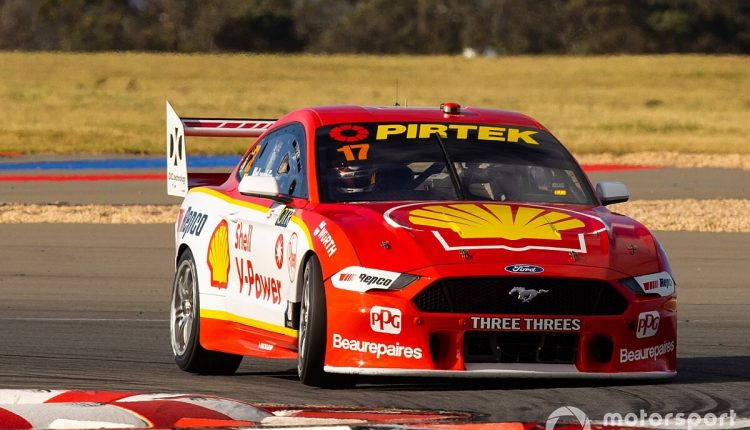 The squad’s new recruit will take part in an official Supercars tyre test on the Monday, with the series understood to be sampling a softer, more aggressive compound ahead of 2021.

Both DJR and Triple Eight will take part in the test, Jamie Whincup to drive his Red Bull Holden.

The test will mark Davison’s first time run a DJR Mustang, and first laps for the team since he left to join the Holden Racing Team at the end of the 2008 season.

He’ll bank more laps after the test, too, with two ride days at the QR.

“I’m very happy that I’m going to be able to go into Christmas with some feeling of what their cars are like,” said Davison in a video for personal sponsor Doric.

“That’ll give me something to think about over the break. As we all know testing is really limited in this category, generally there is only one day before the first race.

“If you’re spending that whole day in a new team as your first day, you only get half a day by the time you’ve sorted your seat position and all your comfort out.

“To be able to knock all of those little details out of the way this year will certainly carry us in good stead for next year.”

Davison has already spent some time sitting in his new ride at DJR’s Stapylton factory, getting a feel of the controls as he looks to acclimatise from the Tickford Fords that he’s been in for the past three seasons.

“I’ve had a bit of a play around with some creature comfort stuff which is pretty awesome, they’re a really impressive team,” he said.

“It’s a lot of little things that sometimes you don’t get that luxury… but certainly there they go the extra mile to make the drivers as comfortable as possible.”

As for the tyre test itself, Davison says he’s in favour of a more aggressive soft compound tyre, something that the category has been looking at for some time.

“If the tyre drops off a cliff quicker it means it punishes drivers who don’t look after the tyre and then we see big variations in speed late in stints.

“That is generally where we see a lot of action, which is what the category wants.”

Davison and De Pasquale will form a new-look line-up for DJR next season, with both Scott McLaughlin and Fabian Coulthard leaving as part of the split with Team Penske.

It’s yet to be confirmed if De Pasquale will cut his first Shell Mustang laps as part of the ride days.