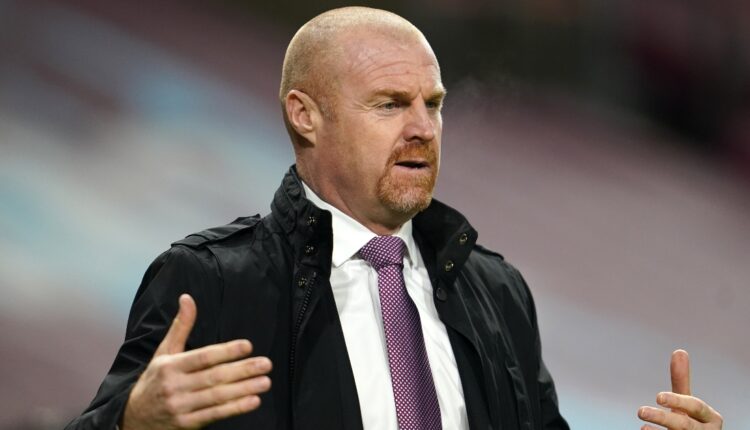 Sean Dyche is hopeful of bringing more players to Turf Moor before the transfer window shuts on August 31.

The Clarets boss, who so far has seen two new recruits join his squad since the end of last season in defender Nathan Collins and goalkeeper Wayne Hennessey, says the club are looking at wide attacking players.

Speaking at a press conference ahead of his team’s Premier League opener against Brighton, Dyche said: “The recruitment side has been a challenge, always is. That’s something I’m used to.

“(There are) ongoing hopes that we can recruit in the areas that we need.”

Asked if the club were closer to adding in attack, he said: “No, we’re not that much closer at the current time.

“I’m speaking to the owners freely, and (chairman) Alan Pace particularly, about what we can do. There are situations we are involved in. The numbers still have to work.

“We’re pleased with the business we have done. Some of the young players have had another good pre-season with us and are in and around it.

“We do need to recruit I feel. The wide areas are quite obvious, we are light in those areas. We are looking in those areas. But the players still have to fit the model, the team, the ways of working.”

Winger Aaron Lennon, who left Burnley when his contract expired last year, has been back at the club after a stint with Turkish side Kayserispor.

The 34-year-old has been training with Dyche’s players and playing in some pre-season friendlies.

“I’ve had just a very loose chat with him about what might be and the ifs and ands. The main thing for him is being fit and well, which he is, and he is still hungry for it.”

Also involved in recent friendly action has been goalkeeper Nick Pope, who missed Burnley’s final three games of last season due to a knee problem, then had surgery and was not a part of England’s squad for the Euros.

Dyche said: “Towards the end of the season he knew it wasn’t right. I think it’s different if you think you’re about there, say you go, and then during the build-up to the tournament you have to pull out. I think that’s a different ball game, I think that would hurt more.

“I think if you get to the tournament and something happens, that’s probably a much bigger bitter pill to swallow.”