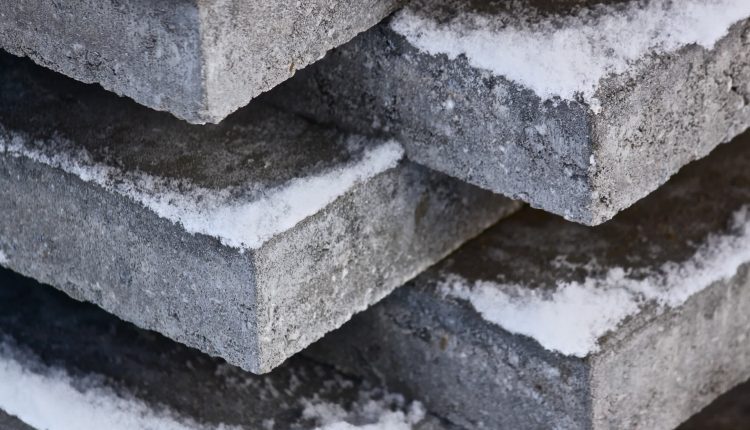 Something to look forward to: Concrete is the most used substance on the planet after water by volume, which is why anything that can be done to improve it would have a significant impact. Researchers are now trying to make it electrically conductive using nanocarbon black, which could open it to a number of new applications.

Concrete is one of the main ingredients we use to build our cities, but most innovation around it has been focused around improving its load bearing properties, preventing cracking, adding carbon capture capabilities during the curing process, and making its production more environmentally friendly.

However, a collaborative effort between researchers at the MIT Concrete Sustainability Hub (CSHub) and the French National Center for Scientific Research (CRNS) sought to add a different quality to concrete: electrical conductivity.

Over the past few years, the two institutions have been studying how to make concrete suitable for a number of new applications, such as heating, electromagnetic shielding, and energy storage.

As detailed in a paper published in Physical Review Materials, the researchers produced a number of heterogeneous cement composite samples through the introduction of highly conductive nanocarbon materials (carbon nanofibers, nanotubes, nanocarbon black and graphene oxide) into the mixture, and looked at the resulting electrical properties.

This type of research isn’t new, but lead researcher Nancy Soliman explains that for this project, a major focus was the selection of a nanocarbon material that is inexpensive and easy to produce at scale.

Concrete is naturally an insulator, but the research found that by adding nanocarbon black particles at a 4 percent volume in the cement mixture, the resulting samples were able to carry a current. Nanocarbon black or nanopowder is also a non-polluting material that is already being used in plastics, coatings, inks, soil fertilizers, and electronics.

Another interesting find was that applying a voltage as low as 5 volts could increase the temperature of the cement samples to 41 degrees Celsius. Thanks to its ability to offer homogenous heat distribution, this could open up the possibility for use in indoor floor heating as a replacement for the conventional radiant heating systems that use water pipes that run below the floor, which is difficult to install and expensive. The conductive cement could also be implemented in outdoor applications such as concrete pavements, eliminating the need for salt in de-icing, which can damage the concrete.

Pause of J&J vaccine was the right call, say 88% of polled Americans