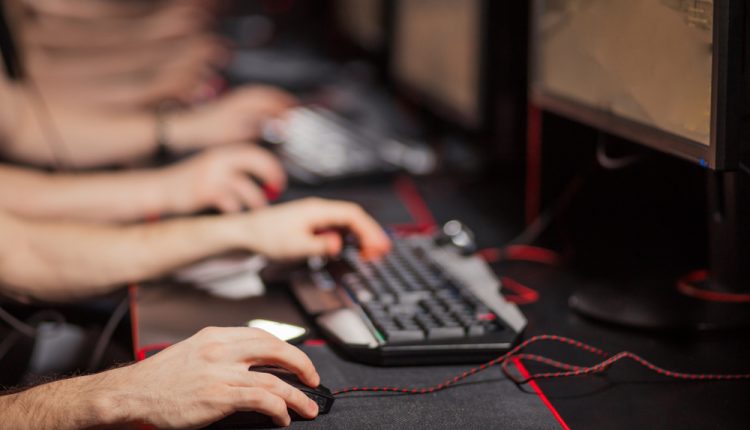 The esports industry seems to be growing more substantial than before. Many gamers and online betting enthusiasts are now getting in on the hype that is video gaming. This growth in popularity seems to have different causes. Here, you can look at the esports trends of the gaming and esports betting community for the year.

The esports industry might be taking a significant step forward for this year. Thus, if you bet on esports now, you might be facing plenty of competition than if you gamble in this sector a few years before.

But, this growth allowed research companies to study the popularity of the industry. For instance, Newzoo, a market intelligence firm, highlights the growing fame of the esports industry in a post. The research indicates that the global esports market will generate a $1.5 billion growth in 2020. In comparison, the company foresaw a $696 million increase in 2017.

However, the findings in this research don’t include the revenue bookmakers make from esports gamblers. Adding the sales made from bookmarkers might increase the suspected monetary growth of the esports betting industry.

Several videogame developers continuously release updates to their titles. These patches include both minor and major updates.

Minor downloads may include bug fixes and balance notices. But, significant updates may involve the inclusion of new content to help keep gamers and gamblers hooked on specific titles.

For example, an update from Riot Games’ famous Multiplayer Online Battle Arena (MOBA) League of Legends (LoL) changed the way their popular map looked. At the time of writing, Summoner’s Rift, the map played by professional LoL payers, receives alcoves in both the top and bottom lanes. These additions allowed players to create new strategies to help their team dominate and win matches.

Hence, videogame gambling presents gamblers with more competition at the time of writing than before. For example, esports betters might only compete among other like-minded individuals with a small LoL community about five years ago. Now, these gamblers would need to compete with other people around the globe.

Various game developers are now looking to include competitive play in their titles. Competition helps players use other modes of play other than grinding against Artificial Intelligence (AI)-controlled opponents. Competing with other players may create a sense of competitiveness, unlike playing against computer-controlled bots.

So, the esports industry is always on the lookout for the latest games to hit the market. Before, many gaming enthusiasts and esports gamblers would only focus their attention on a few titles. These videogames may include Counter-Strike: Global Offensive, Defense of the Ancients 2 (DoTA 2), and LoL.

However, it might be possible for other titles to enter the esports ring. For example, Bungie, an American game developer based in Bellevue, WA, is the developer of First Person Shooter (FPS) title Destiny.

In this videogame, players can grind for experience and gear while killing AI-controlled opponents. Guardians, which is the game calls its player base, travel to different locations in Destiny to progress through the primary campaign and gain rare rewards.

But, Destiny players may also take advantage of another game mode called Crucible. Here, players can test their mettle against each other to see which individual or team would reign supreme in different objective-based matches.

However, the esports betting industry might not be taking Destiny seriously like other titles. Perhaps one of the reasons might be the game’s reliance on gear for its Player-vs.-Player (PvP) modes. Conversely, titles like Street Fighter, StarCraft 2, and Heroes of the Storm lets each player or team start from scratch for each match.

The Newzoo report mentioned above showed a 43.8% increase in revenue growth of the esports betting industry in 2020 from 2017. That growth might not seem like an update worthy of notice. But, compare the growth of the esports gambling sector between 2017 and 2016, and you might take more interest in this subject matter.

The rate in which the esports industry grows might be improving each year. Also, the number of bookmakers might be growing as the number of titles gamers and non-gamers can bet on also increase. This escalation may mean more matches and tournaments offered in different online gaming communities, which also implies esports gambling might become more exciting this year than in previous years.

Also, the same report indicates that the company increased its share prices by 571% for eight years, starting from 2009 to 2017. The firm also declares that Pinnacle received about five million bets in four months in 2016.

These trends show the potential growth of the esports betting industry for this year. But, these developments demonstrate the overwhelming rise in the popularity of this sector. The online gaming community and the esports gambling sector may see other excellent growth communities for the years to come.

How to choose fittings for your glass balustrade?

Would Kawhi have a better title shot with the Raptors? Stephen A. says no | First…

The History and Future of CrossFit According to Jonathan Citsay

UFC 246 Weigh-In Results: One Fight Cancelled After Gross Overage On The Scales

Kawhi Leonard gets tribute video and championship ring from…