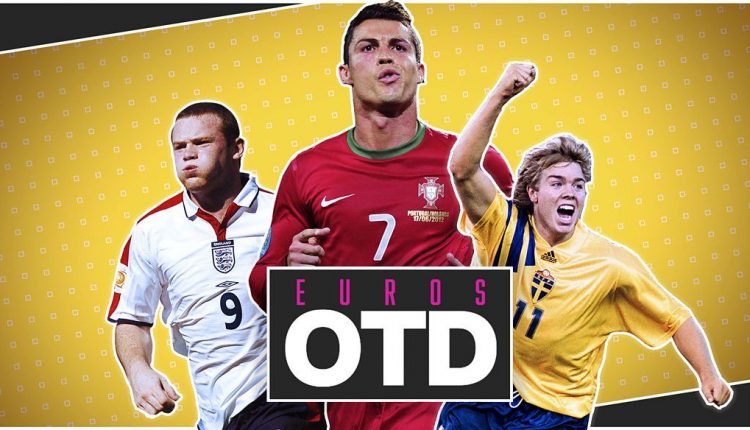 Euros On This Day

Wayne Rooney announced his arrival in tournament football with two goals in England’s Euro 2004 win against Switzerland, while this date marked the end of an era for Gary Lineker, who made his final appearance in an England shirt and was substituted as the Three Lions lost 2-1 to Sweden and crashed out of Euro 92.

Also on this day in 2000, Alan Shearer scored as England beat Germany 1-0, and in 2012 Cristiano Ronaldo was the Portugal hero as they beat the Netherlands 2-1.

Video available to UK users only.