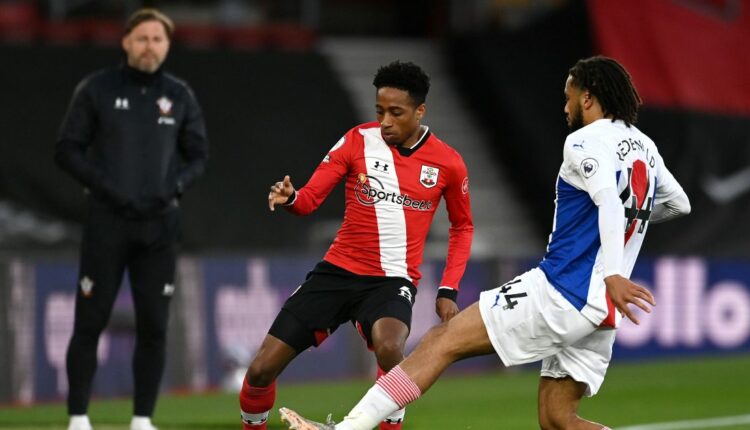 Ex-Spurs star: Hasenhuttl has shown ‘a lot of faith’ in me

Former Spurs defender Kyle Walker-Peters has said it is “always great” when your manager shows “faith” in you and trusts you.

The right-back came through the ranks with Tottenham Hotspur. He made his full Premier League debut for them at the start of the 2017/18 season against Newcastle United.

Walker-Peters went onto play nine times for Spurs that season and he scored his first and only goal for them against Rochdale in the FA Cup.

The defender played a further 15 times for them up until the midway point of the 2019/20 campaign. With first-team opportunities hard to come by, he joined Southampton on loan in January 2020.

Walker-Peters immediately hit the ground running for his new club as he played ten times for them before the end of the season.

The 24-year-old’s form tempted the Saints to sign him permanently for around £12m ahead of the 2020/21 campaign. He continued to impress as he played 35 times for Ralph Hasenhuttl’s side.

He has told The Southern Daily Echo that he is “repaying” the faith Hasenhuttl has shown in him:

“I think I’ve done well. I think the manager showed a lot of faith in me.

“He has played me in the majority of the games, if not all the games when I have been available.

“I think I am repaying him and showing his faith and long may it continue.

“It’s always great when you know the manager trusts you and shows faith in you – it gives you that confidence and that’s what I’m playing with.

“I am playing with a lot of confidence and a lot of freedom. Hopefully, I keep repaying him and keep playing games.”

Elsewhere, Jamie Carragher has claimed that Raheem Sterling would not want to sign for Spurs:

“When it comes to being the most underrated England player of this era, Sterling is out on his own.

“I can’t believe I have read some reports suggesting he [Sterling] could be a makeweight in a deal to take Kane to City.

“With respect, do people think Sterling is at a point in his career where he would join Spurs? Are they serious? If he was available, top Champions League clubs would be queuing up for him.”

Samsung’s One UI 4.0 might offer a big design change

Biden discusses Indian Bidens with Modi, and asks ‘Are…