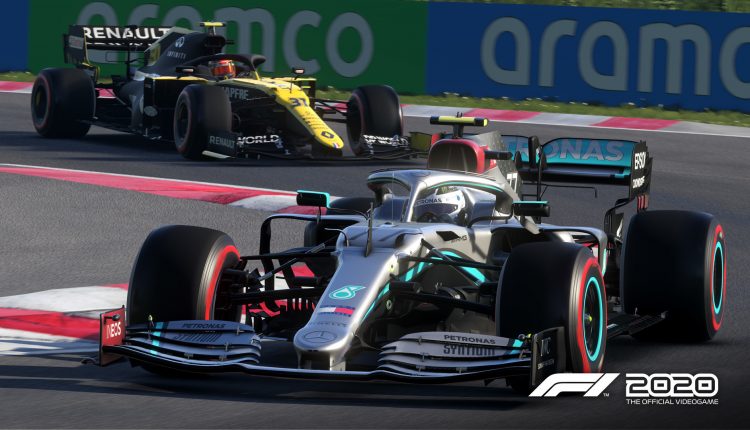 A reader reviews Codemasters’ most recent Formula 1 game and explains why he thinks it’s the best driving sim of the generation.

There’s only two laps left and my tyres are worn. I’ve been in sixth place since lap one, within a second of Bottas in front of me. I know if I’m going to make up any places it has to be now. I commit to overtaking on the last two laps and my patience pays off. My own Chatten Motorsports has just finished fourth after two DNF results prior. I feel amazing.

In many ways, F1 2020 is another excellent racing game from Codemasters. And It’s not even a surprise that this year’s entry is anything other than fantastic, such is the quality that annual fans have come to see as standard.

Ever since the first current gen entry, in 2015, lacked a career mode altogether, the developers have improved every year since, with excellent handling and some of the best wheel to wheel racing this generation has to offer.

F1 2020 offers a driver career mode, where you create your own driver from a set of faces, customise your helmet and, most importantly, pick the team you want to drive for. But this year marks the full (but optional) integration of Formula 2 into career mode. It’s been requested for a long time and gives you an extra sense of being a rookie and earning your place in F1.

When you land in F1, the career not only lets you race for any team on the grid, but fully upgrade the team’s cars through practice programmes and completing Grands Prix. So it is entirely possible to take Wiiliams back to their glory days by building your car over multiple seasons, having to deal with the potential of regulation changes midway through the season, waiting a few weekends for your upgraded parts to arrive only for them to fail, all whilst your opponents are upgrading their cars from the same massive upgrade tree.

And that isn’t even the biggest mode the game has to offer. My Team lets you create an 11th team on the grid. One would fear that it is nothing more than putting a different skin on the car, that doesn’t deviate from the driver’s career all that much. And thankfully, that’s where those fears are put to rest. You are in charge of the team, from balancing the books, signing teammates from a new driver market, upgrading facilities, talking to the press and even managing weekly activities in-between race weekends. My Team really is an outstandingly addictive mode and the best iteration the series has ever seen.

My Team thrives on being about hard work and consequence. Every choice you make has an impact. Spend too much of your money and you’ll be forced to shut down facilities and try and recoup your money. Pick a high-end engine supplier at the beginning and face having a teammate that is consistently at the back of the grid. Just like owning and running your own F1 team, you must think carefully and make the right calls. It’s these dilemmas that have me excited about playing My Team.

Whereas the career mode is great for a season or two, My Team is likely to hold my attention to the end of the 10 seasons it offers. It’s even given invitational events a reason to be played, as you get a lot of cash and acclaim for you and your team. More than anything, it makes me dwell on every decision,

That doesn’t mean there isn’t room for improvement though. Practice programmes to earn extra resource points to spend on your R&D has become nothing more than a chore and is an area that needs sorely updating. And whilst there may be plenty of upgrades for my facilities, they amount to nothing more than spending more on a bigger version of the same upgrade, but hopefully with feedback that will change. And the last area is a very small one. And can I please have an option to have my money in sterling rather than dollars, especially given the game is made in the UK?

Aside from the two main modes, F1 2020 offers the same smaller modes from last year’s entry: Championship events involving a roster of 32 classic cars, Grand PrIx weekends, and Time Trial. The multiplayer remains exactly the same, just with added customization options. And last but not least, split screen is a new feature this year. I don’t know why but it is.

Intense, exciting and realistic is the best way I can describe the amazing artificial intelligence and handling model on offer. Racing around the brand0new Hanoi circuit, or any of the other 22 tracks, will provide you with arguably the best on-track experience. You will, even through a normal gaming controller, feel every minute detail of your tyres, every bump in the road, and every single lock-up. And that’s before you actually race against the computer.

F1 is about small margins for error and brave overtaking moves. If you’re a seasoned racer, you can turn the difficulty up, turn the assists off and have an incredible experience. From this year on, I decided to remove flashbacks (the chance to rewind and fix a mistake) all together, remove the racing line, and turn on simulation damage and tyre wear. If DNF, I DNF. The result of those changes I made have made me feel like every single overtake is a win, every finish of a 30 lap race is a win.

And every mistake is met with frustration on my part, as a real life driver would feel had he tried to take an opportunity that wasn’t there, which ends up with a long drive back to the pits for a new front wing or, even worse, a crash that ends in retiring. It’s given me a much-needed freshness in my approach to the franchise, and means my journey to become champion with my own Chatten Motorsports has felt an extra level of amazing.

And all of this feeling of realism is backed up with artificial intelligence that feels natural, that wants to actually race you. Similar to the likes of PES, where you can turn the difficulty up and feel like you’re having a proper match that isn’t scripted, F1 proves the same can be achieved. As I mentioned in my opening paragraph, the tight race I had with Bottas was extremely fun and tense, and one of many. Making the overtakes felt intense but at no point did I feel like the computer was being stupid or trying to take me out. It just felt right.

With My Team and Formula 2 fully integrated into career mode, there is no reason that anyone can’t pick up and have fun with F1 2020. The game excels in every department and has made the last current gen-only entry the best yet. For the racing genre, Codemasters has created this generation’s definitive title. A true masterpiece.

MORE: eFootball PES 2021 Season Update review – exactly what it says on the tin

Weekend Hot Topic, part 2: Have you pre-ordered a PS5 or Xbox?