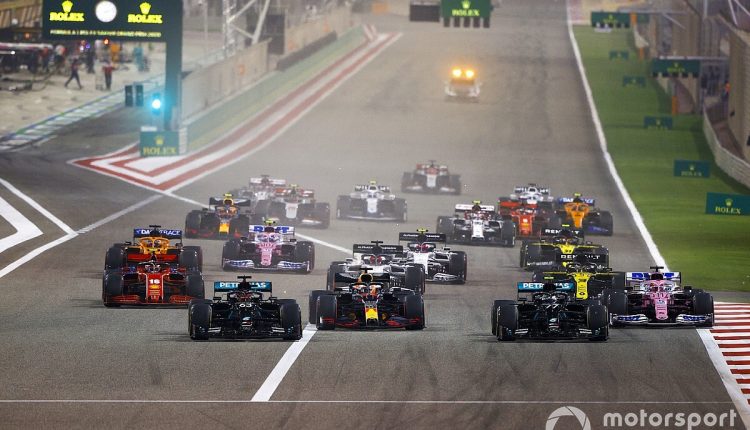 The current schedule is for the season to start in Bahrain on March 28, with a race at Imola scheduled to follow on April 18.

That would then be followed by a race on May 2 – which was at a venue ‘to be confirmed’ but was widely expected to take place at Portimao in Portugal.

However, hopes of that happening are fading with the country facing a fresh coronavirus outbreak amid growing concerns in Europe over the spread of variant strains of the disease.

F1 CEO Stefano Domenicali is due to hold lengthy talks with various race promoters over the next few days to try to better gauge the situation before making a decision about how the season will start. While he is hopeful that the current dates can still work, and he is adamant Imola is not under threat, Domenicali has said that contingency plans are ready to be rolled out if necessary.

One of the options is for Bahrain to host two events back-to-back at the start of the season, with the Imola race then being moved back a week.

Speaking to selected media including Motorsport.com, Domenicali said about the calendar situation: “There is a TBC date there, and if it will be Portugal, it will be written as Portugal.

“The reason why it’s not written Portugal, is because the situation is still not closed yet. As soon as we can, we will be able to announce something – and that will be in the next days, not in the next two months.

“I’ve got personal meetings during this weekend to understand what is the state of the situation, and one of the possible plan Bs, for sure, could be a double race in Bahrain. But this is one plan and nothing is confirmed. We’re focusing to try to keep the calendar as it is.”

Despite ongoing uncertainty over the development of coronavirus around the world, Domenicali remains hopeful that F1 can still pull off a full 23-race calendar.

“Everyone was thinking that this year would have been easier if you imagine the situation, and it is not,” he said. “We are totally confident that we can achieve the number of races that are on the calendar.

“It’s a challenge, but we are confident that, with the relations we have, this can really happen. But as you can imagine we are fluid and flexible to be ready with other possibilities.

“We have already a different plan – B, C, D, A in place in case – and the things that are fixed today can be different tomorrow. That’s why we are in contact with all the organizers every day.”