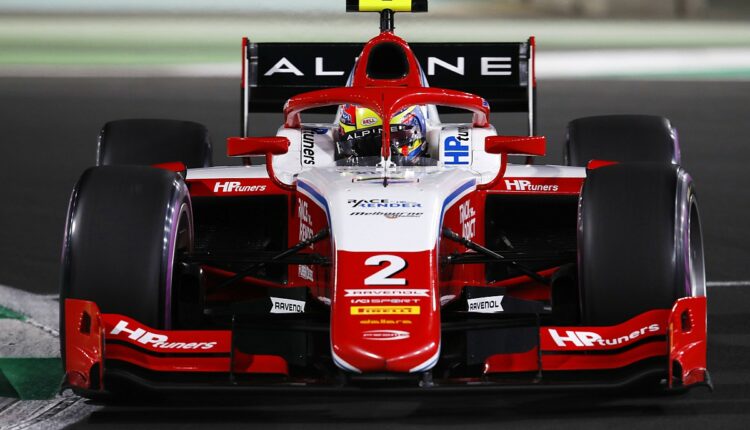 The championship leader remains on course to wrap up the title in style but was pushed hard during the 30-minute qualifying session at the re-profiled Yas Marina Circuit.

It appeared FIA Formula 3 runner-up Doohan was set to secure an eye-opening pole before Piastri fired in a 1m35.077s with his final effort to claim the feature race pole by 0.213s and pick up the four bonus championship points.

Juri Vips was the first to post a significant lap time but his spell at the top of the leaderboard was short-lived as times began to tumble as the field warmed up their super soft tyres.

Liam Lawson, Marcus Armstrong, Marino Sato and Doohan enjoyed brief moments on top before the efforts were eclipsed by Jehan Daruvala and Shwartzman until Piastri struck.

The Australian lowered the benchmark to a 1m36.044s but that was beaten momentarily until he cut the beam with his second flying lap to clock a 1m35.379s.

Boschung sat second ahead of Shwartzman, Daruvala, Doohan and Theo Pourchaire as the session hit the halfway mark and drivers competed their first runs.

As the final runs began, Boschung improved his time on his first flyer but stayed second while Zhou jumped from eighth to third.

However, Shwartzman found more pace from his Prema to slot into second, 0.059s shy of Piastri, while Felipe Drugovich slotted into fourth position. Drugovich’s teammate, Zhou, responded to move back to the top before sliding down to third.

Doohan then turned heads by surging to the top of the times before Piastri struck again to deny the rookie a first F2 pole.

Zhou was left to settle for third while Shwartzman finished ahead of Boschung with Pourchaire in sixth.

Lawson ended up in seventh in front of Drugovich, Dan Ticktum, while Daruavla was 10th, earning the reverse grid pole position for Saturday’s opening sprint race at 1220 local (0820 GMT).

A New Game Is Releasing On The Wii U In December