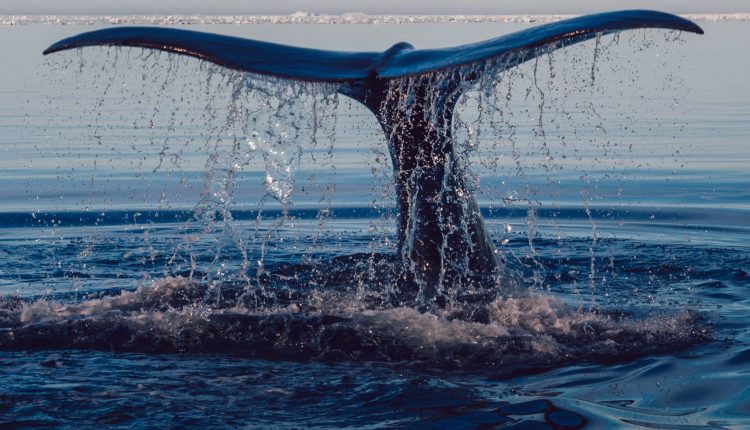 For The First Time In 17 Years, ZERO Whales Will Be Harpooned In Iceland!

The Facts: Whales will no longer be hunted in Iceland thanks to activism and lower demand for whale meat, as well as an expansion of a no-fishing zone in the Ocean.
Reflect On: What gives us the right to take the life of another? How is taking the life of an animal any different from taking the life of a human?
Our planet is changing rapidly, and for the better. Despite all of the challenges we face, and the many issues that remain to be solved as well as measures being imposed on the human population that they really do not desire and have been speaking up against, like 5G, there is a lot of good news coming as a result of decades and decades of information, awareness, and activism.

This results from human beings taking matters into their own hands, instead of letting a group of corporations and ‘elitists’ makes decisions that do not benefit the planet and all beings that live on it. Those are the type of decisions, in this day in age, that we need, and everywhere we look there are signs of it, and this comes despite the fact that we never really hear a peep from mainstream media. For the most part, all we are presented with are problems, fear, chaos, anxiety, worry, and brainwashing campaigns that justify the stripping of both human, and animals rights.

The latest good news with regards to animal rights came from Canada, where they completely banned the captivity of whales and dolphins. That being said, what’s unfortunate about this is that their capture is still permitted for certain scientific purposes, which is absolutely brutal. The scientific study of these majestic, empathetic and extremely intelligent beings should be limited to observation and beings that have passed away. Furthermore, Marine Land seems to be exempt for that law, and they are permitted to keep the ones they have in captivity there for life. They will probably breed them as well allowing for the sustainability of the park, which is hard breaking.

What gives us the right to do what we do to animals? This has all been the result of brainwashing and marketing, anybody who is in touch with their heart and has qualities of empathy would never condone the capture of any animals. It hurts to see another hurt, and for those who don’t think it’s hurt full and traumatic for these animals, you are severely misinformed.

Not long after the news came out of Canada, for the first time in 17 years, there will be no whaling in Icelandic waters, at least for this summer. Because of a shrinking international market for whale meat, and an overall shift in consciousness on the planet to a more compassionate and empathetic stance, along with an expansion of a no-fishing coastal zone, both of the nation’s biggest whaling companies are apparently putting a halt to their hunting season. No whales in Iceland will die as a result of human stupidity this summer.

As the Good News Network reports:

The 2019 season will be the first time since 2002 that no whales will be harpooned in Iceland’s waters after the country decided to resume whaling in 2003 in opposition to the International Whaling Commission’s 1986 moratorium.

In 2018, 145 fin whales and six minke whales were harpooned. Prior to this recent news, Iceland was/is one of only three nations — including Norway and Japan — that have chosen to ignore the international moratorium on hunting whales, established in 1986. Hvalur HF’s aging whaling ships use exploding harpoon guns that cause immense pain and suffering to the endangered fin whales before they die.

This type of thing has been going on for quite some time, and I’m proud to live in a world where massive amounts of efforts are being created and taken by a number of individuals and organizations to spark and create positive change. Like I said, there is a lot of ‘bad,’ a lot of deception and many things about our planet that we need to change. That being said, there is a lot of good too. And as Gandalf, the Grey from the Lord of the Rings once said, “Saruman believes it is an only great power that can hold evil in check, but that is not what I have found. I found it is the small everyday deeds of ordinary folk that keep the darkness at bay. Small acts of kindness and love.”

Empathy and love is returning to Earth, and it will continue to increase and expand.

A Complete List of Alternatives To The Google Search Engine

5G Technician Reveals The Damage He Believes 5G Will Cause